Posted on January 16, 2015 by Admin in Sydney Open with Juan, Tennis 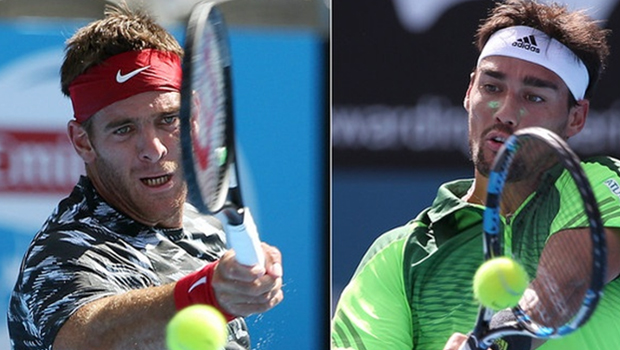 Juan Martin delPotro has successfully returned form 11 months long injury and is now on a spree of wins, another one in the Sydney open against Fabio Fognini with 4-6, 6-2, 6-2. Fognini managed to steal the first set off Juan Martin, but the Argentinian player got mad in the hot Wednesday afternoon duel, and turned the match in his advantage, reaching the Sydney International quarterfinals.

It is a disappointing performance by the second-seeded in the group David Goffin of Belgium who previously lost to SimeoneBolelli of Italy with 6-3, 6-3, and with the same result BernartTomic of Australia went over the 3rd seated in the group Philipp of Germany. That completes the group’s second round of the fixtures in Sidney Open.

Don’t forget to check the online betting sports forums as you may be one of the lucky winners of the jackpot. It is the jackpot bet online news and information site that allows you to bet on your favorite player with whom you can win cool prices as well as the jackpot itself.

Next match will be on Tuesday where in the semifinals we will have some amazing duels to watch.