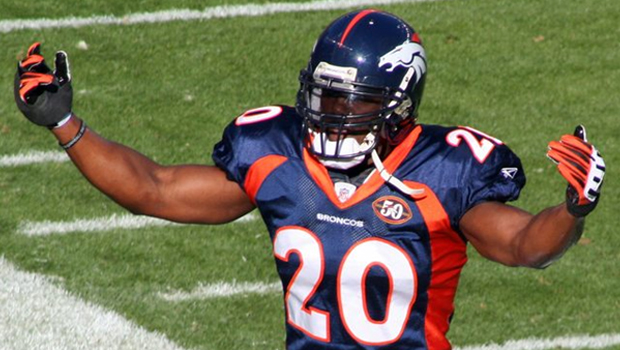 The biggest event in American sports comes at the end of the NFL season as the season champion is decided in one of the biggest one off sporting events in the world – The Super Bowl. Lifting the Vince Lombardi Trophy is the greatest honour for any football player, but who will be celebrating long into the night this coming February at the end of the 2014/15 NFL season? Our NFL expert takes a look at some of the biggest favourites to win the title this season here.

The Broncos have been one of the most consistent sides over the last few years as they have reached the post season playoffs in the last three seasons as they have claimed the AFC West title in each of these years. They have improved year on year in the playoffs too as last season saw them defeat the Patriots to lift the AFC Championship title before going on to face, and suffer a heavy loss, to the Seattle Seahawks in the Super Bowl.

They have started this season well with wins over the Colts and Chiefs, but can they continue to improve and take their first Super Bowl title since 1998?

Things have been very hit and miss in recent times for the current Super Bowl champions as they have just a 50% record of making the playoffs in the last six years. They have reached the post season in each of the last two seasons as they finished second and first in the NFC West division as they were beaten by the Falcons in 2012 in the Divisional Playoffs and then they edged the Saints and 49ers before crushing the Broncos 43-8 to win the biggest game of the season in 2013. Their inconsistency has been shown in the early stages of this season as they beat the Packers and lost to the Chargers, but which way will things go for the Seahawks this winter?

The Patriots are another fantastically consistent side, having missed out on the playoffs just once since 2002 when the Jets progressed due to their better head to head record, and since 2003 New England have played in four Super Bowls. They are still lead by Tom Brady this season and his fires still burn brightly to secure another end of season title following losses to the Giants in 2007 and 2011, but can he and the Patriots upset the odds to make the Super Bowl this February?

The 49ers have come good in recent years as they have finished in the top two of the NFC West Division and qualified for the post season in each of the last three seasons following a failure to achieve this feat between 2003 and 2010. They were most impressive in 2012 when they reached the Super Bowl and were edged out by the Baltimore Ravens, but they did reach the Conference Championship match last season where they were beaten by the Seahawks in a closely fought match. They have had a inconsistent start to the season as they were beaten 20-28 at home by the Bears, but they certainly have the talent to win their first Super Bowl title in 20 years when the biggest match in world sport plays in Arizona at the start of 2015.

Who do you feel will win the upcoming Super Bowl match? Visit Oddschecker.com to view all the best Super Bowl betting odds!