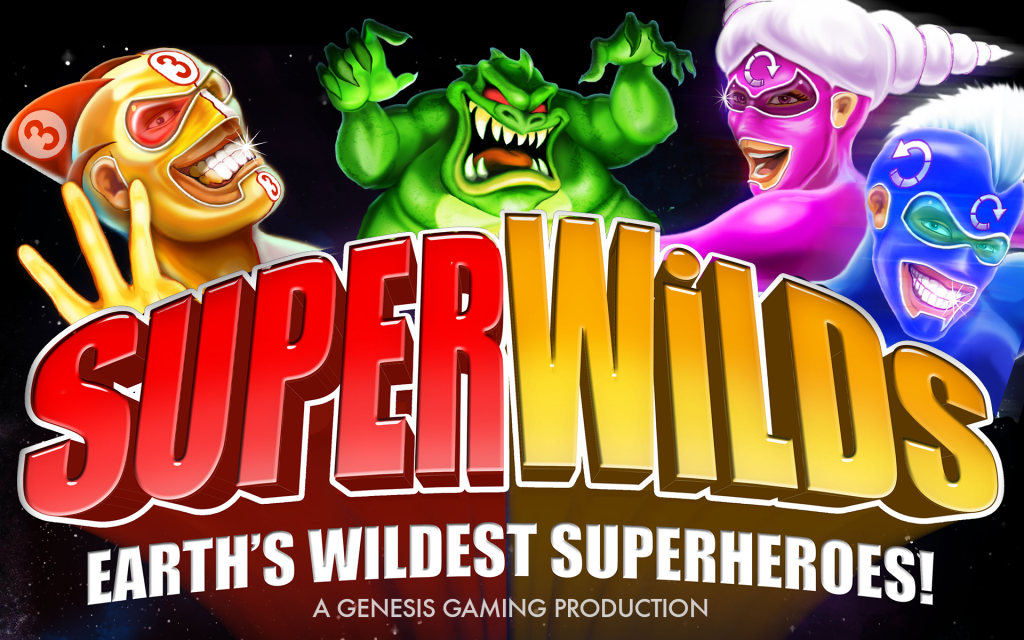 Genesis Gaming software developer launched a new Super Wilds slot machine. This is the last game he will put on the market in this year 2016.

When Genesis Gaming announced the release of this online slot machine, it also made the description. It read: “The most powerful superheroes in the world have come together, each with its own powers. This team of four heroes works to maintain security in the world and in the universe. With this group, everything is possible. “Several promotions have been revealed for the game since its release was announced in mid-November. This title has become popular well before being made available on casinos using Genesis Gaming software.

James Watson, Head of New Product Acquisition and European Sales at Genesis Gaming, said: “This is a lively and entertaining game. We did not respect the rule of December by not proposing a game relating to the holidays of end of the year. Instead, it’s a superhero themed slot that we’re throwing, and it’s going to be interesting to the players and let them have a unique and complete experience. This game will surely give them the chance to break with the routine of Christmas, characterized by the pies and the other reruns of the film “Mom I missed the plane”.

The Super Wilds Slot is an entertainment option with 5 reels and 25 paylines with a comic style theme. Heroes of this title are Expand-Man, The Spin Twins, The Tripler and The Double. Each of them triggers a different functionality, including a stacked joker, multipliers and free spins. These characters enhance the degree of excitement and the volatility of the basic game.

This game was launched on many casinos powered by Genesis Gaming during the first six days when it was made available. For a month during which the holiday season will be in full swing, this slot machine will bring a breath of fresh air. Since its launch, this production has been played by a large number of punters and is in great demand.

The online casino Tropezia Palace is one of the sites powered by Genesis Gaming where you can enjoy this entertainment option. This innovative online gaming facility features promotions that serve to welcome new players and reward members who are already enrolled. Newcomers can benefit from a 100% bonus up to € 100 and then they can take advantage of promotions such as Ladies Night and Happy Hour on Friday.