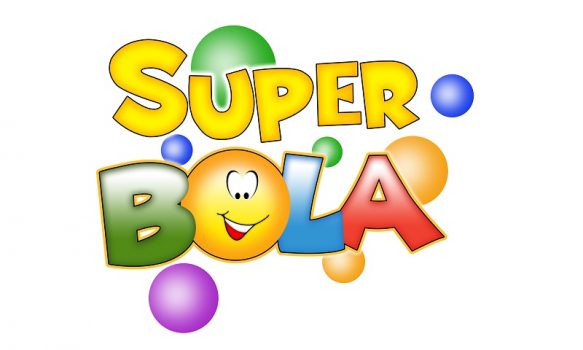 Super Bola Bingo is a Video Bingo game.Activate up to 4 cards, which can be toggled ON/OFF by clicking on the cards individually. Press NEW CARDS to change the numbers on all the cards. Press PLAY to initiate the round. 44 balls will be drawn from a total of 75 balls. Winning combinations will be shown on the cards.

Trigger the EXTRA BALL feature after all 44 balls have been released, if the sum of all the possible prize is equal to or greater than 15x the bet. The cost of each EXTRA BALL is specified on-screen. A free EXTRA BALL is awarded at random. Up to 10 EXTRA BALLS can be purchased.

Trigger the FORTUNE WHEEL BONUS feature when the perimeter pattern is achieved. Spin the wheel 3 times to win instant prizes.

The SUPER BOLA BONUS of 1000 x the bet is awarded when all letters in the word “SUPERBOLA” have been illuminated. The letter patterns must be completed in order. Only one letter will be paid per round including the extra balls.

The JACKPOT is awarded when a BINGO pattern is achieved with 44 balls or less. To qualify for the JACKPOT, all 4 cards must be active with a minimum BET of 2 coins per card.

Players can grab a piece of that feel good fun that comes with playing a speedy round of video bingo, plus with four great games, there’s sure to be something for everyone.

Each game is a fun take on the classic bingo format, allowing players to play up to four cards simultaneously, giving those 4 x the chance to win!

The games were developed to be progressively more complex, adding new elements to create a more robust game throughout each progression. The game descriptions below are listed in order of complexity.

Super Bola Bingo is a delightful twist on the bingo game and includes a couple of fun features to make the game even more exciting.

Players can play up to four cards, each featuring 24 numbers, with a “free space” in the centre. Numbers will be randomly allocated onto the cards from a 75-ball pool. If all four cards are played, once all 75 numbers have been allocated, allocations will start again, but no two identical numbers will appear on the same card.

Once all cards are played, and bets are wagered, 44 regular balls will be drawn, and any winning combinations will be highlighted on their cards.

Once the initial 44 balls are released, players will also have opportunities to purchase up to 10 extra balls, providing all activated cards with one ball make a pattern equal or greater than a 15x credit pattern. Additionally, a random free ball can also be awarded.

The game has a Fortune Wheel Bonus which is triggered when a perimeter pattern is achieved. The player can spin the wheel 3 times and keep all prizes won on the spins.

There is also another feature, the Bonus Word Super Bola, which is collection based on a game round basis. If the player completes the letter patterns on active cards to spell out SUPER BOLA, in order, an instant prize of 1,000x the total bet is awarded!

It’s a super game with super prizes; this is Super Bola Bingo!

A delightful twist on the classic bingo game, Super Bola Bingo includes some fun features to make the game even more exciting.

Play up to four cards, each featuring 24 numbers and also containing a “free space” in the middle. Numbers will randomly be allocated to the cards from a pool of 75 numbers. If you play all four cards, once the 75 numbers are allocated, then the allocations will start again, but no two identical numbers will appear on one card!

Once all your cards are played and you’re ready to go, 44 regular balls will be drawn, and any winning patterns will be highlighted on your cards.

After the initial release you also have the opportunity to buy some extra balls to help create more patterns, providing all your cards with one ball make a pattern equal or greater than a 15x credit pattern. You can also be randomly awarded a random free ball too!

The game has two bonus features, and the first is the Fortune Wheel Bonus. This is triggered when you achieve a perimeter pattern on your cards and you’ll get to spin the bonus wheel three times and keep all the prizes you win on the spins.

The second feature is Bonus World Super Bola. This is a collection bonus based on a game round basis. If you can complete the letter patterns to spell out SUPER BOLA (in order), then you’ll win an instant prize on 1,000 times your bet!!