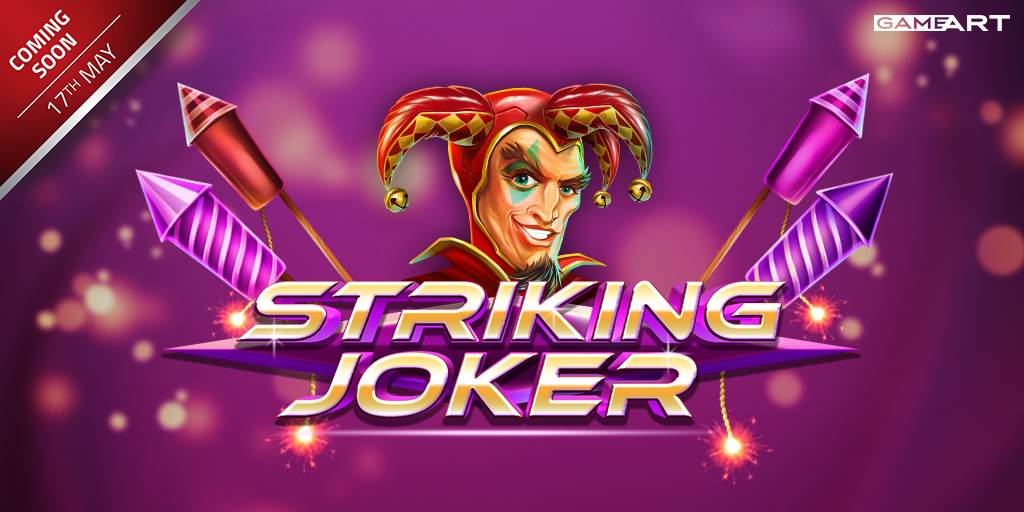 Striking Joker, a GameArt-designed slot, will be released soon. From the title, you can tell that this is going to be a classic-inspired game. The Joker has appeared in hundreds of games, and we frequently see him associated with fruit symbols or other traditional motifs. GameArt offers a good assortment of slots, so you can expect a modern design here, even if the theme isn’t in the same genre.

There are five active lines on a modest setup of 3×3 reels. The RTP is 96.20 percent, so it’s a game with high long-term profits, but the maximum prize of 2,500x the stake isn’t going to turn any heads. Despite the smaller game area, regular and expanding wilds, free spins, up to 20x multipliers, and respins are all included.

The player in Striking Joker has a betting range that starts at $0.05 and can go as high as $100.

If you only play with the Buy Bonus option, it will cost you 75 times your typical stake each time.

Striking Joker isn’t designed to throw large blows, but it does alright in the long run, with a top payout of 2,500x the round’s stake. The free spins feature, which offers up to a 20x multiplier, is a good method to get a decent reward.

Features of the Joker Slot

One thing that could happen is that you end up with all 9 places containing the same symbol. You’d gain a Card Reveal Bonus as a result. Pick one of the five cards to reveal a number of free spins ranging from 5 to 25. A random multiplier of 2x to 20x is also applied to the winnings of those free spins.

You’ll also get an expanding wild during the third reel as part of this feature. If it lands there, it takes control of the entire reel and remains stuck there for one spin.

There will also be a multiplier for the paid spins, which will be determined at random for each round and shown at the top. In this setting, it can go up to 5x.

The base game will also have a wild version, however it will be a regular version that will not grow. It has the same substitution possibilities, which are particularly beneficial in a 3-reel slot. Three wilds pay out 8 times the stake (compared with 4x from the regular symbols).

During standard spins, cover only two of the three reels with matching symbols or wilds to activate a Respin (only for the third reel).

You’re looking at a slot machine with a modern design and historical inspiration. As the wild symbol, the Joker is the star (both regular and expanding versions). The poor green X is followed by cherries, lemons, oranges, grapes, and plums, as well as the high-paying Triple Bar and the Red Seven.

Striking Joker will provide classic slot lovers with the opportunity to try out new features, win some substantial prizes, and, best of all, it will offer an above-average RTP.