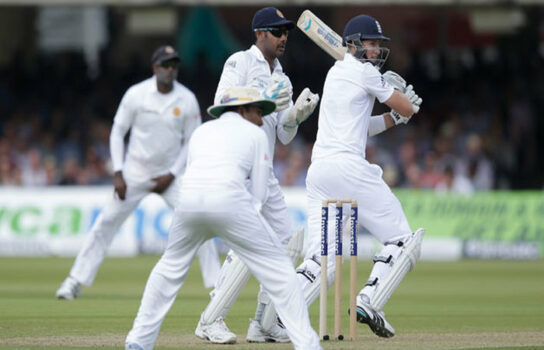 The match is scheduled to hold on 14 January 2021. The Sri Lankans side is hosting a test series versus England in the New Year. Both the teams have some prominent players in multiple departments. On the other hand, the bowling department will be an absolute difference. The teams which have quality spinners have more chances to win versus the opposition side. Unfortunately, the Lankan side after the Murlidharan and Hearath failed to find any best spinner from the last some years. The England side has consisted of 600 wickets taker blowers as a single hand, who can rattle Sri Lanka’s hopes.

If we talk to the teams’ Batting sides, then Joe Roots, Jos Buttler, and Jonny Bairstow are the prominent bowlers from the sides. All the players can do best at the time in the series as we have seen that in the last test series versus Pakistan, the England team snatched the match from Pakistan with Joss Buttler and Markwood’s decent performance. As both these players are again part of the side once again. On the next side, the Sri Lankan’s side depends upon the Chandimal and top-order batsman. If Mathew added to the playing XI, then it could be more chances to win the match.

The bowling sides of Sri Lanka did not have too much in them versus the England side.

Both the sides played too many matches to each other. Where the home sides always picked more advantages than the opposition. It is hard to win the test versus England in England. And the same situation in Asian Pitches, you have to work hard to win the match. England has won more games than Sri Lanka.

Sri Lanka team played the last two matches versus South Africa and did not win anyone from the two ones. The first was defeated by the ten wickets and the 2nd ones by one innings and 45 runs. So, it showed that England looks better than the hosts. On the next side, England played the last test series versus Pakistan and remain good with the 1-0 final result of the series where the batsman played a vital role in the win.

Betting odds and tips are always determined based on the latest performances. On the other hand, you must also check the players’ last score on the Sri Lankan’s pitches. According to my views, the England side will give the other teams challenging work in the absence of the prominent players in the group. So, they have a better chance to enhance the points on the table of ICC Championship.

If there is no big miracle, then the England team will easily win the match. Test cricket demand long partnership on the pitches rather than the short ones. It will not be easy to face the England bowlers for a long time.

After getting the complete detail of the sides and the players, you can make your prediction and betting. If you have some sense of cricket and watched the teams’ last matches, you will announce England as the winner side of the game. But, in cricket, anything can happen at any time. On the next side, all the official experts and sports favored England best for the long game of cricket. So, let’s see what will happen from the 14 to the 18 January 2021.