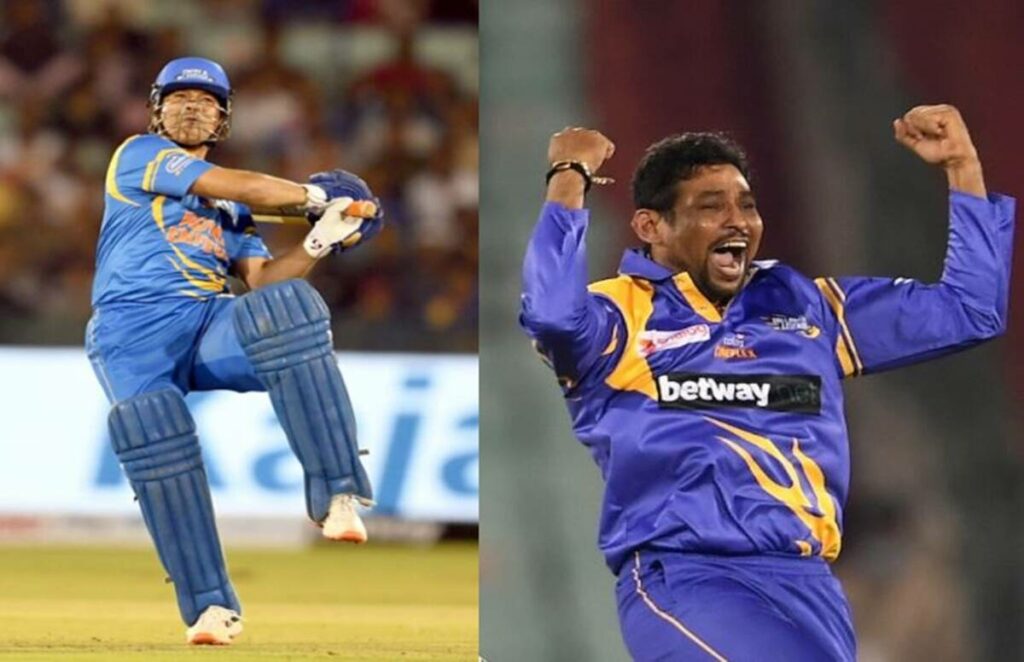 A lot of people want to see the former players in a single place. So, the different cricket boards and the Indian Government decided to plan a series. The Road Safety World Series 2021 left some enjoyment for viewers and players also. We have seen that a lot of players did well in the league matches. They were even playing in the same style as in the past. I am here to analyze the previous results and players’ profiles to leave helpful detail for you.

Both the teams played well in the initial games. I have checked the T Dilshan, Yuvraj, Muhammad Kaif, Sehwag, and Vaas created many opportunities. Yuvraj blasted five sixes in an over. I hope the openers of teams will post many runs on the board. After a long time, Sachin Tendulkar and Sehwag will open the innings from the Indian team.

On the other hand, Dilshan and Jaysuria are ready to push the ball very well. Zaheer Khan, Ojha, Irfan Pathan, and other part times are the leading bowlers for the Indian team. Here is a look at the Sri Lankan legends team.

Jayasuriya and Dilshan posted too many runs in the past. So, they are once again ready to do more as in the previous. Some of the players remained in the World Cup Final in 2011 and 1996. So, no one can talk against the performance of teams. No problem, they are old, but their performance showed that they could play all the time. Russel Arnold could be the leading spinner bowler by the Sri Lanka team. I am here to post squads of two groups.

It is straightforward to pick the natural outcome. It would be best if you got the head-to-head result of contenders. I mean that see all the matches in the Road Safety World Series of these two teams. After that, you will easily predict the winner of the game. According to my views, the Indian team is more powerful as compared to the oppositions.

Everyone has their prediction, but the numbers of viewers favoring the Indian team are more. The Indian team has consisted of more star players as compare to the other team. But, in cricket, anything can happen at any time.

If you have read all the detail above, it is not a big deal to announce the game’s winner. However, if there is an issue, you can go to another spot for more information. Predictions are always made on behalf of previous knowledge. So, I would like to ask you to stay with the Indian team. The number of winnings games for Indians is more than the others in league games. It would be best if you had to stay away from all the scammers to save your money. Their purpose is to steal the money of users.