She won two jackpots of scratch tickets in one week

She won two jackpots of scratch tickets in one week 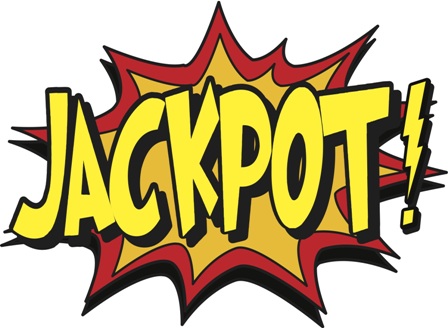 A 19-year-old woman managed to win $555,555 and $100,000 twice in one week with “CA lottery” scratch tickets she bought at the same location. Rosa Dominguez is certainly one of the luckiest players in the world.!

Rosa Dominguez will remember her whole life this senseless week where she managed to win two major winnings in the same game. Her first win was on a gas station ticket in Paso Robles, California, where she had stopped fill up. Wanting to try her luck, she tries a few scratch games at $5 each.

Excellent intuition since one of the tickets proved a winner with a jackpot of $555,555. “I was so nervous that I wanted to cry.”

I do not know what it’s like to earn such a substantial sum of money but I do not know if my reflex would be playing again in the days that follow. The quota of luck is exhausted no? What’s the point?

It was clearly not the mindset of the girl who decided to buy more tickets at the same gas station a few days later. The most unthinkable is that luck was still there because one of the tickets earned him $100,000. How is it possible to win twice in a few days, at the same game and by buying it in the same place? The probability is more than tiny.

There are even luckier…

The photo of the girl, holding both her giant checks with both hands, will remain in the annals. However, one can find even luckier. Rodney Meadows can be considered one of them, having won twice on the same day and for an even larger amount.

In 2015, this man buys a $30 lottery ticket for his thirtieth birthday and wins $1,000. He decides in the wake of buying other tickets to see if it is SON moment or not. With only three tickets left in the shop, he buys them all and notes on one of them a gain of $ 10 million.

Seen like that, the lottery is not so complicated.