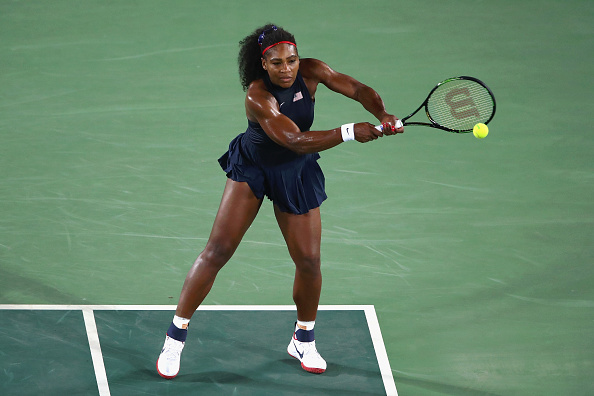 Serena Williams who is a number one player in tennis has withdrawn from Rogers Cup due to shoulder injury. Williams said in a report that she wanted to pull out from the Rogers Cup as because of inflammation in shoulder. Serena Williams also interested to compete in Montreal and she will return soon. Williams is arriving off her Wimbledon title of seventh career. The win of Serena Williams has tied Steffi Graf’s achievement of 22 careers. Most of her die-hard fans are disappointed about this news but they are still expecting Williams to recover and come back to tennis contests. Fans of Serena Williams enjoyed their time she spent in different battles in tennis tournament. Every sport player has very full schedules and sometimes players also need to give rest to their bodies.

Most of their fans are hopefully waiting for comeback of Serena Williams for further tennis seasons. Serena Williams is going to lose her number one ranking position in Cincinnati Open as because of withdrawn actions. If Angelique Kerber succeeds the tournament can replace the position of Serena Williams at the top of the standings. Serena Williams, 34, had received a wild card to protect her title after playing Rio Olympic Games. Williams faced the challenges of shoulder pain continually and so she decided to leave from Cincinnati Open. She is actually concerned to return as soon as probable. Williams has been graded world number one player for 183 successive weeks. Further, she got 306 in total for her number one position.

Williams tapped out from Olympics by Ukrainian Elina Svitolina in the third round. In addition, she was thrashed with Venus in the doubles in the very first round. Serena Williams is defending champion of WTA tournament for two times. She cannot able to play with her shoulder inflammation. She is looking forward to protect her title. This kind of statement is shared in tournament’s site. Andre Silva who is a director of W&S tournament said that Serena got her wild card at the time of event.

The team of tournament understands the importance of health as it requires for playing well in any kind of sports. Fans of Serena Williams are fascinated to see her in Cincinnati Open for more years. Shoulder injury did not allow her to participate in tennis tournaments effectively. This is the main reason for the withdrawn of Cincinnati Open. She already pulled out from Rogers Cup as because of shoulder irritation. Eugenie Lapierre who is a director of Toronto tournament said that Serena will not participate in the contest and they were disappointed about it. Serena fans need to hope for the recovery from shoulder pain and her come back in rest of the tennis tournaments.