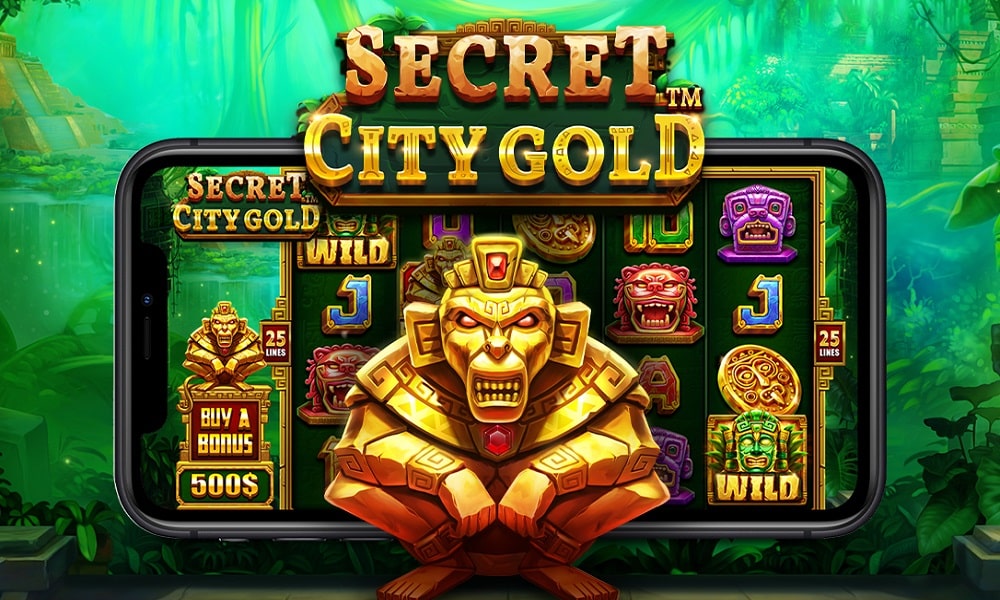 The upcoming game Secret City Gold from Pragmatic Play is based on the concept of a lost ancient city filled with gold. Ancient cultures are often seen as wealthy by modern gamblers, possibly due to stories of explorers plundering gold from their temples.

In Secret City Gold, there are 5 reels and 4 rows, and it has 25 paylines. This slot game has the potential to payout up to 10,000 times the initial bet, which is higher than many other games developed by Pragmatic Play. It also has a relatively high return to player (RTP) rate of 96.06%. In the game, there are scatter and wild symbols that can trigger various features, including free spins and Shape Wins.

To play Secret City Gold, you must wager at least $0.25 per spin, but you can also choose to bet up to $125 per round. This slot game, developed by Pragmatic Play, is known for its high volatility and the potential to win up to 10,000 times your initial bet. The return to player (RTP) rate for this game can range from 96.06%, but it is important to confirm the specific RTP for the game you are playing before starting.

In this game, there is a feature called Shape Wins that randomly adds a shape to the screen and converts all symbols within that shape into a single symbol. This symbol will pay out based on its position from left to right, with the possibility of a multiplier of up to 10x being applied to the value. This is a unique mechanic in the game.

In the game, if you get three or more scatter symbols, you will trigger eight free spins and be rewarded with up to 50 times your stake. During these free spins, any wins you get will be multiplied by the sum of the multipliers applied to the Shape Wins feature.

The game transports players to a South American jungle where they can discover a hidden temple inhabited by various forms of wildlife and hidden by vines. The symbols used in the game are primarily inspired by ancient stone idols and creatures, but there are also traditional royal symbols included in the paytable.

Secret City Gold slot game stands out with a unique gameplay feature that sets it apart from other games. The high maximum return to player percentage of 96.06% also makes it a good choice for players.