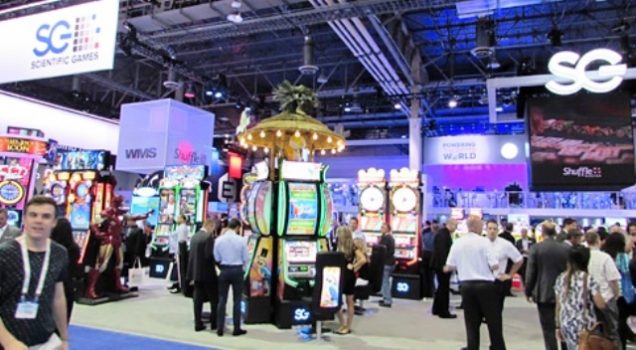 This year, Scientific Games was named the Supplier of the Year for the Land-based Industry Supplier of the Year at the Las Vegas Global Gaming Awards. This prize rewards the firm’s work on its involvement in land-based casinos, both in terms of its games offer and its various software programs.

Land-Based Industry Supplier of the Year

The Global Gaming Awards are a ceremony honoring the best players in the online gaming and gaming industry. Scientific Games has once again shown its importance in the industry by winning the Land-based Industry Supplier of the Year award, while placing itself in the podium in other categories.

To obtain this distinction, the firm had to beat other heavyweights such as Aristocrat, IGT or Novomatic. The panel of 60 judges decided to elect Scientific Games thanks to its many popular products.

If you like land-based casinos, you have already tried a provider slot.It strives to renew its offer constantly to keep the players spellbound.This year, he announced the preparation of casino games on the most famous secret agent: James Bond.

The aura of Scientific Games grows

Scientific Games has also shone on other categories as the second-ranked Land-based Product of the Year with its Willy Wonka Golden Ticket, launched through a partnership with Warner Bros. It has already generated $328 million in revenue. In addition, the firm obtained the third place for the Digital Product of the Year.

Scientific Games has been at the top of the industry for years. In 2014, he took control of Bally Technologies for $5.1 billion. Last month, he decided to buy the developer Nyx Gaming for $632 million, including the provider OpenBet, a specialist in sports betting and horse racing.

Scientific Games is also in contract with the French Games for scratch games in France. Thanks to its production of billions of annual tickets, the Montreal firm helps the FDJ to satisfy the wishes of millions of scrapers in France. The FDJ is the world’s fourth largest lottery group.