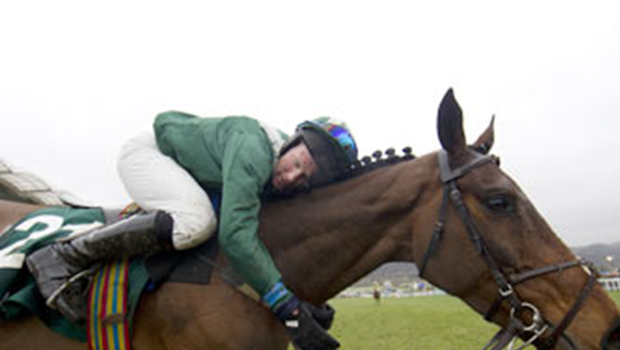 Jackpot bet online is a site with the latest news, reports and rumors about the happenings in the most famous sports across the globe such as cricket, horse racing, football, Nba, tennis and betting news as well. We were able to find out that the 11 year old horse with plenty of experience in the race might be out of the festival and the whole tournament due to injury. Read below, or on our facebook page for more information.

The 11-year-old, successful in the Festival prize in 2012 and 2013, went halfway towards qualifying for next month’s renewal when winning a four-runner hunter chase at Fairyhouse on Saturday.

The conditions of the race state that in order for a horse to qualify they must have finished either first or second on two occasions in a hunter chase, or have won two open steeplechases at a point-to-point meeting in Britain or Ireland between October 1, 2013 and March 1, 2016.

Alternatively, it is possible to qualify by winning one open point-to-point and then finishing first or second in a hunter chase. Salsify, who was off the track from December 2013 to February 2015, has finished in the first two on just one of his four starts since returning.

‘We’ve decided against pushing him’

Sweeney said: “To qualify for Cheltenham Salsify would have to win an open race at a point-to-point before March 2.

It is a sad moment for the horse, his jockey and the whole world that supports him, as he was set to be one of the favorites in the race overall. He will prolly have chance to do so next year.

“There are two options this weekend, at Farmaclaffely in Armagh on Saturday and at Bandon on Sunday, but he won’t be running at either place. He’s come out of his Fairyhouse race quite well but we’ve decided against pushing him and we’re going to give Cheltenham a miss.”

Sweeney added: “Had he finished second and not third on his comeback at Leopardstown early this month we’d be in a different position as he would be qualified for the Cheltenham race.”

Salsify’s price ranged between 8-1 and 16-1 with Coral. The market is headed by last year’s impressive winner On The Fringe who is a best price of 11-4 with Paddy Power.

According to Sweeney, Salsify, the winner of 11 hunters chases, will now be aimed at the Fox Hunters at Aintree.

He said: “We’ll go to the Tetratema at Gowran Park on March 5 and then on to Aintree and Punchestown.”

Paddy Power announced that they would be refunding all antepost bets on Salsify for the St James’s Place Foxhunter Chase.