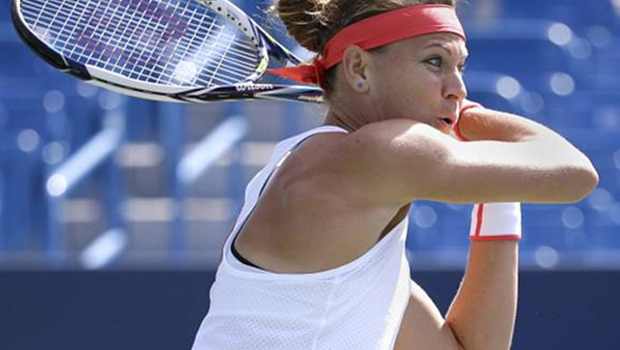 Safarova with good news for the tennis community

Twenty-nine Safarova played recently in late October in Singapore Tournament Champions. Then she had to take in the final of the Fed Cup, but the game did not hit a noninfectious inflammation of the joints caused her to omit the beginning of the season, including the Australian Open.

Now coached by the second week in Doha with Canadian coach Rob Steckleym and looking forward to returning. “Things are progressing well, nothing hurts, and really I am excited because it was a very long period without tennis. I’m so glad that my health managed to again put together. Perhaps it already this lasts,” he wished in a telephone interview the Czech media.

Health complications accompanied Safarova since last September. After the US Open Grand Slam had a bacterial infection and even spent a week in hospital. Then she could play only two minor tournaments plus the aforementioned Masters and again fell ill.

“Without the three weeks I was more or less six months doing nothing. That to me is the longest period in his career where I could not play sports. It was really challenging,” said Brno native.

In the treatment he took a lot of kinds of pills, several types of antibiotics. “This is also for the body hard. But I feel good and now it is about to endure not one game, but more matches in a row and to my illness mainly came back,” she said.

She even surprised her coach.

Not yet familiar opponent for the first round in Doha and expects the game board on Tuesday. The fact that her after such a long break, just waiting for the defense of her title of most valuable. “It’s a plus and a positive start here,” he said.

In practice he feels good. “And Rob (Steckley coach) told me that it has a good feel and even he does not come, I would have been gone a long time. He said it had expected much worse,” she said.

In Monday’s edition of the WTA rankings Safarova drops out of the top ten and drops to 12th place . I rank but currently not addressed. “It goes totally beyond me. I cannot wait six months when really do not play a tournament, they’ll keep the best ones. I am especially glad that I’m playing, and hopefully will thrive,” hopes left-handed tennis player.

The first goal? Returning to fitness

During the pause had time to think about careers and plans for this year. She wondered whether she would return and if again completely foolproof. “These thoughts and doubts there certainly were, but now I am healthy and I have the chance again to play. Tennis now will mainly take,” she said.

The initial goal is to return to fitness, because only then can perform best tennis. “And then keep the top ten,” she added.

In the last two years, reeks of Safarov on court comfort and greater insight than ever before. “And now he will be even larger, because I really like that again, I can do my job and be here,” said last year’s finalist at Roland Garros clay.