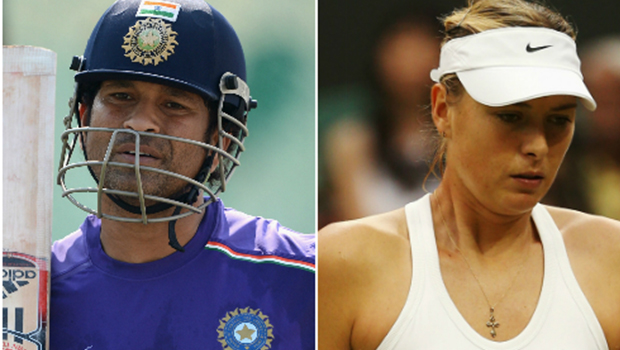 This question enraged Indians into saturating Facebook with hate posts and made Maria Sharapova memes go viral, just because she, a Russian tennis player, didn’t know who the ‘God of Cricket’ was. The kind of antagonism something as innocuous as this has received displays high logical incongruence.

Jackpot bet online finds out about a rumor that has been going on lately about the t20 cricket player and the tennis female super star. Read below for more info or visit us on our site jackpot bet online, or our facebook profile.

Nothing mandates anyone, anywhere to know who Sachin Tendulkar is, only because he is worshipped in India. Will Indians accept it if the Russians react in the same manner if one of our sports stars didn’t know who their most popular ice hockey player is?

Moreover, I’m sure most of us don’t know the names of our own kabaddi players. Knowing so much and so passionately about cricket only proves we all have become slaves of commercialisation. True, a more commercialised sport will have more following among the masses.

If all this is being advocated along the lines of being hurtful to national sentiments, then this whole argument is self-abolishing. How many of us, the true patriots, know about Indian medal winners? If not many, then does this make us anti-national? Also, what about all those times Indian fans turned ‘atheists’ when the ‘God of Cricket’ got out on a duck? Doesn’t that stink of hypocrisy?

We need to think rationally and realise that knowing about a sport is purely a matter of interest, and expecting Sharapova, who comes from a country that hardly follows cricket, to know about Sachin Tendulkar is being overambitious.

More than logical incongruence, it is more about a tendency that cultivates in us an attitude of oversensitivity, the possession of shallow and pseudo-national sentiments, and extremism.

This incident is just a drop in the ocean of those displaying how oversensitive Indians are. The country has been witness to irate voices being raised against the presence of words like “mochi” in a song or “barber” in a movie title. And this doesn’t just end with calling it all unnecessary. It’s about having extremely vulnerable self esteem, which is hurt by the slightest of things.

It is the politics of language that makes a word demeaning or respectable in different languages. It’s about this entrenched mentality that never fails to pick at the smallest of things, but finds dialogue like ‘churiyaan pehen le’ – which is used to taunt a man, calling him feminine – humorous. It’s about how Indian society, without much ado, stereotypes, and about that latent extremism that forces those reactions that never cease to make a mountain of a molehill. So visible is the mobocracy, it makes it so easy for any spark to instigate the populace.