Rules and game-play of cricket

Rules and game-play of cricket

Posted on January 24, 2015 by Admin in Cricket, Rules and game-play of cricket 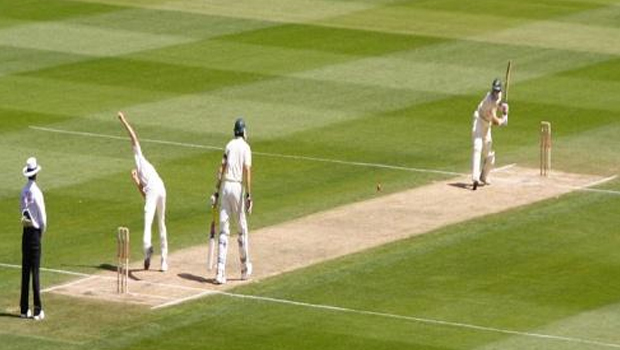 Let us discuss the rules and game play of cricket; Cricket matches needs the present of a person known as umpire, who regulates the game on the field and for a match two umpires are essential. Position of one umpire is known as “square leg” that stands in a position after 15-20 mts of the on strike batsman and the other umpire stands in the bowler’s end after the wicket. Umpires main role is to look whether the ball is bowled correctly or not, whether a batsman is out or not and run is correctly scoring or not. The interval starting and ending time is deciding also by umpire and he is having authority to decide whether the match is continue or not in some cases such as light deterioration or damp pitch. Third umpire is there in off the field who makes decision with the help of video evidence in the cases where on field umpire can’t able to take exact decision. Mandatory presence of third umpire in ICC full members matches such as limited over’s international matches and test matches. These matches also consist of match referee whose main job is to make sure that the game is playing with in the cricket law and the games spirit.

The inning is using for batting side’s collective performance. It is not must in every game that all the eleven members need to bad; due to various reasons earlier than it innings can end. A match consists of 1 or 2 innings which depends upon the type of match. In one-day and 20-20 matches there should be only one innings, where as in test match innings should be 1 or 2.

Bowler’s main aim is to discharge the batsman with his fielders support. Dismiss of a batsman is known as “out” which means the player need to leave the field and next batsman from his team need to replace. When 10 among 11 batsman get dismiss which indicates dismiss of the whole team and the innings gets over. The last batsman who is not dismissing is terming as “not out”. Early ending of innings is of three reasons such as captain of batting side needs to declare, the target is achieving by the batting side and won the match or prematurely ending of game due to running of time or bad weather. In this case batting side team consists of two not out batsmen. In limited cricket match there exist two “not out” batsman if the given over’s has been bowled.

Each bowler bowls a set of six balls known as over. This name is because once the bower bowled all the six balls the umpire calls as “Over”. Once a bowler finished his over he will replace by another bowler and will make changes in fielding earlier than starts his over, since two successive over’s can’t bowl by a bowler. On the time of bowler changes there exist changes in the batsmen also, the non-striker batsman need to strike. Change of position exist in umpire also, non-striker’s behind the wicket umpire now stands in the square leg and vice-versa.