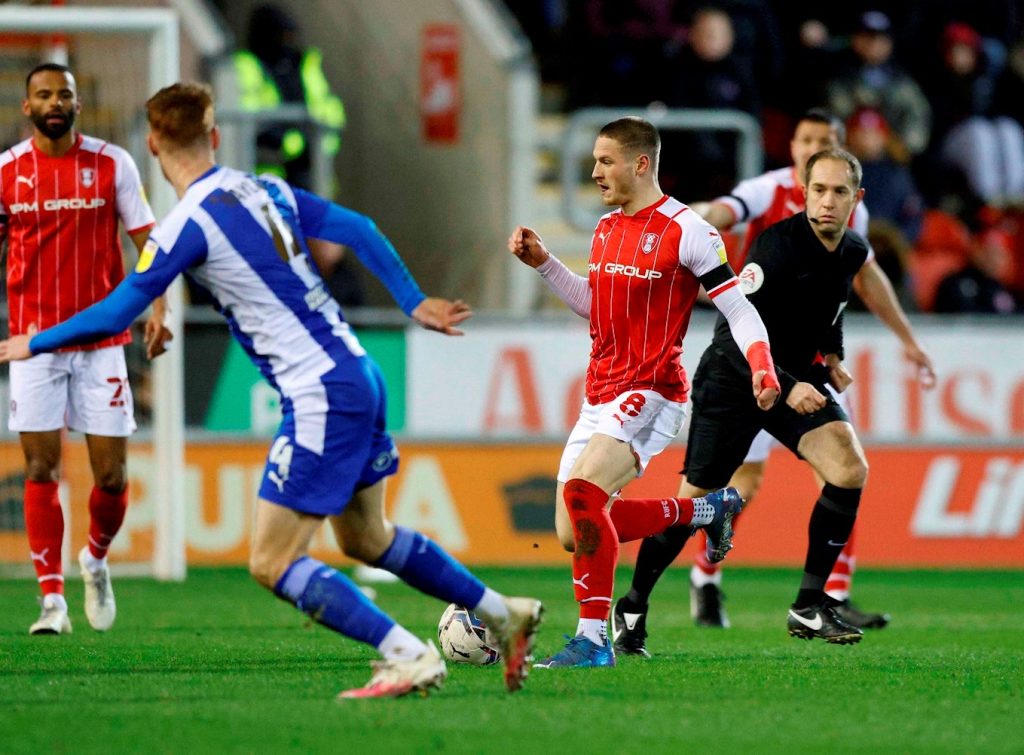 Both sides played a lot of games in the English Football League. It is an exciting game of series. Both sides would like to win this game. The betting review has consisted of the latest performance, head-to-head, squads, odds, tips, predictions, and goals in the season. After getting all information, you will be able to make predictions. I will try my best to leave helpful information for you. Here is the complete detail of the latest games.

There is not any significant change in the performance. So, we have to take some risks in this game.

No one has declared its final lineup. We have to wait till the start of the match. Here is head to head and predictions of games.

Both sides faced each other in February 2022. The final result was 1-1. It showed that no one has pressure on another side. Let’s see what is going to happen in this game.

Rotherham United picked 36% chances to win. Conversely, Wigan also gained a 33% chance to win. The remaining 29% chances will go to a draw game.

In the English Football League, Rotherham United played 5 games and won 3 times. The same side succeeded in drawing 2 games also. They scored 11 goals and conceded 2 also. Wood scored 4 goals for the team.

On the other side, Wigan played 4 games and won 3 times. They succeeded in drawing 1 game also. The same side scored 6 goals and conceded 3 also. Will scored 3 goals for the team. Here is more data for you.

Rotherham picked 11/8 betting price versus 2/1 for Wigan. On the other side, 11/5 numbers will go to the drawn game. I tried my best to compare all betting odds. Here is the data for red and yellow cards.

Rotherham United faced 2 yellow cards and one red card. On the other side, Wigan also faced a couple of yellow and no-red cards. It is good news for the two teams. Here is the final expected information.

If you have read all the data above, it is not a big deal to clear the predictions. Yes, Wigan is a better side to win this game. They did well in all recent games of the English Football League. We are not responsible for any different result.