Rodgers to be ready for the next game

Rodgers to be ready for the next game

Posted on January 13, 2015 by Admin in NFL, Rodgers to be ready for the next game 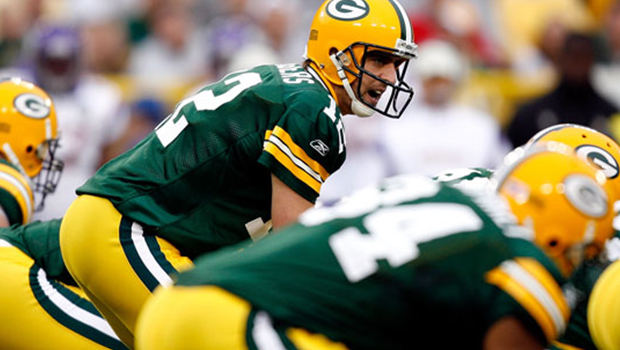 After receiving an injury in the last match against the Dallas Cowboys, Aaron Rodgers will miss much of the practice that this week his team Green Bay Packers will have and will be back exactly on the match against the Seattle Seahawks in hopes to play all the minutes on the pitch.

Aaron Rodgers was unfortunate to receive a strained left calf muscle on the game that his team the Packers won against the Dallas Cowboys with 26-21 at their Lambeau Field. The reason why Rodgers’ muscle might be in pain is because he barely had any practice last week, and his muscles are not as ready for games as they should be. The only training he did was a half training on Thursday as he was obliged to go and check his muscles. But even that didn’t prevent him from injure and the unfortunate has happened. It is a good thing that he will only be out of the field for few days and he will not miss any official game.

Aaron Rodgers has had previous injuries on his left calf but none of them was serious. The treatments that he is going to are one of the best in the country and his leg is responding well to them. The Green Bay Packers’ doctors said that he shouldn’t play at the next game because his leg will still need rest and it won’t be 100% ready, but as he previously announced to the media, he will play the game despite what his doctors say.

It wouldn’t be the same for his or any other injury in the team if it wasn’t for the training staff. More than 10 hours this week was the time spent on Roger’s leg so he wouldn’t miss any important games, or any other for that matter, and it is the same with any other injury that happens in the team. The acupuncturist as well does a great job and holds few percentage of every recovery for that matter. A hotline and mail were open for that any doctor out there has a good idea bout quick recovery can send their opinion, and according to Rodgers there are few interesting traditional once that his team and stuff will check if someone else unfortunately ends up in the injury room.

We wish the best and fast recovery for Aaron Rodgers and hopefully he will be able to play for the Packers in their meet against Seahawks on Sunday despite what his doctors say.

Don’t forget to be among the many happy faces that left jackpot bet online with a smile, winning the jackpot or the other cool prices that are there. Read the news and information as well as all the transfer happenings at our site that is updated on daily basis. Check out the gambling application and the jackpot price – it can be all yours.