Rival’s new Chariots of Fire slot will be available soon 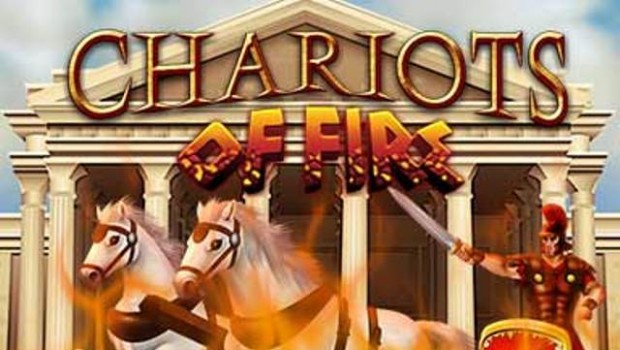 Rival developer is about to launch its all-new Chariots of Fire slot machine. The release of this game is scheduled for May 17, 2017.

Game enthusiasts from the Rival software provider will soon be invited to fight the Roman legion on its newest Chariots of Fire slot machine. This prestigious developer is known in the world of online gaming for his legendary creativity as well as the excellent features that he incorporates into his productions, and this new title he will soon put on the market will surely keep you busy for long hours. This 5-reel, 25-payline entertainment option will be available on May 17, 2017, which will allow players to begin the adventure shortly. The game will be available on all platforms, namely PCs and mobile devices.

Rome was not built in one day, on the contrary, it spread out after many wars and bitter battles. Rival was inspired by this historical fact to design this fabulous slot machine that will take bettors into the Roman Empire for a gigantic fight. On the scrolls you will see some icons that relate to this period of history, namely a shield, a helmet, a crossbow, a soldier, an emperor and more. There are also icons of poker cards ranging from 10 to Ace that represent the least lucrative symbols. Each symbol of the game entitles you to prizes when you manage to match it a number of times. Nevertheless, others have a special feature and could save you more if they appear on the screen.

The lucrative features are what most interested gamblers in slot machines, and the Rival software provider obviously took this into account. Thus, you will firstly be entitled to a wildcard, then to a scatter symbol that is represented by the soldier. The latter triggers a part of free spins during which the third roller is fully covered by an extensible joker. During this rotation, the same icon allows you to activate the Roman Victory bonus game in which the rolls 1 and 3 are also covered by the expandable joker. Hopefully, you will have the opportunity to win the jackpot offered on the Chariots of Fire slot machine that is 1,000 coins.

You can already remember that as of May 17, 2017, this superb entertainment option will be available on several sites powered by Rival like the Wild Sultan casino. If you would like to play it for real money, we recommend that you register on this platform which will give you as a new player an excellent welcome bonus of 200 € on your first two deposits, in order to start well adventure. This will allow you to play the Chariots of Fire slot machine to win huge winnings.