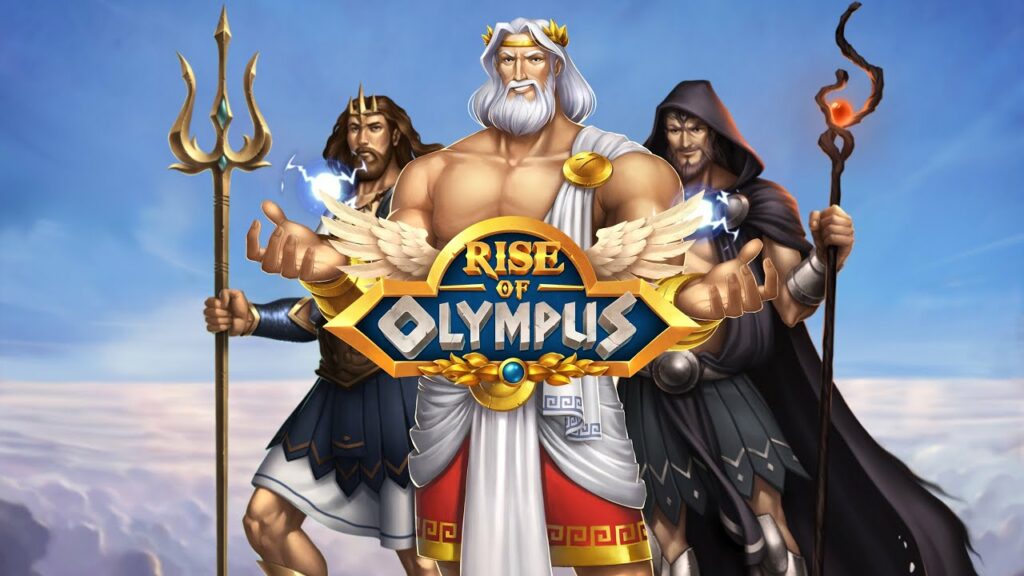 Rise of Olympus 100 is one of the slots by Play’n GO that share a storyline with 100 makeovers and Sisters of the Sun, imitations of the Moon princess. This gives players of the previous slots an easy time grasping the features of this slot and enables them to make wins.

However, the Rise of Olympus 100 has done graphical changes, which sets it apart from the older versions. For example, the background will keep changing during the game whenever a different god is active. The gods have significance in the game as each bears a role in how the features play out.

This game is highly volatile, with an RTP of 96.2%. It’s also accessible through any device, making it a versatile slot. Additionally, one can bet from 20 p/c to 100 euros. Since it’s a game that takes place on five reels and five rows grids, it makes it possible to hit three of a kind or move up, down, left, or right with ease.

The pay symbols are seven in-them icons. The low pays are the bolts, helms, lyres, and tridents. The high pays include Poseidon, Hades, and deities, Zeus. Landing a five-of-a-kind win will award 2-3 the bet. But all the gods earn ten times the bet for a five-symbol win. A combination of any three gods will be equivalent to 5x the stake.

Rise of Olympus 100 has various features that make it worth a try. It begins after hitting the winning line. After that, the winning symbols are removed, and the remaining symbols drop out of the grid into the gaps.

Additionally, if three-of-a-kind wins are removed, wild symbols will replace them in the middle position. The wilds are worth 50x the bet for a five-of-a-kind and can substitute for all the pay symbols. However, if the wilds are the only symbols on the grid, they will be removed.

For the rest of the cascades, the win multiplier increases by 1+ and is worth 100x the bet. The multipliers reset in the base game. When a player clears the grid, it will earn them 50x the bet (but not during the Wrath of Olympus), and it’s affected by the current win multiplier.

The hand of god helps a player trigger the non-winning spins on their respective modifiers. they include;

Hades- it helps convert a set of symbol types.

Zeus- eliminates two sets of symbols from the grid

This section also involves a meter that sits near the grid with three sections. hitting 3,4 or 5 god symbols makes the 1st, 2nd, or 3rd section of the meter to fill up. if all three sections fill up, it activates the wrath of Olympus. In this case, hades, Zeus, and Poseidon will do their duties in just a round. This will earn free spins, but only if the grid clears up in this round.

Rise of Olympus 100 allows players to select one of the free spin options. Poseidon, Zeus, or hades earn 4,5 or 8 free spins. Note that the win multipliers don’t reset during the free spins round unless after the feature ends, and it’s worth 100x.

The good thing is that if a player succeeds in filling the meter in this round, it awards extra free spins up to 100. however, Hades, Poseidon, and Zeus retrigger 4,3, or 2 free spins, respectively.

Rise of Olympus 100 will give any player the Greek mythology experience at any time. The game has better features and more winning chances. Apart from that, it has good graphics that make a player’s time behind the screen worthwhile.

However, the slot has maintained the reactions that form after matching symbols win and reach on top of the reel. This resembles the gadgets in movies where a balloon pops, a chicken lays an egg, and a ball is kicked before a rope closes the gate in The Goonies.

The good thing about the rise of Olympus 100 is that a player can start making several wins in the base game. Clearing the grid also has advantages, as it earns more free spins. However, a player needs to work wisely for the free spins.

Additionally, the maximum win of 15,000x the bet will woe any player, unlike the previous versions, which had 2500x the bet. The wrath of Olympus and the hand of god are good features that will keep the game going.