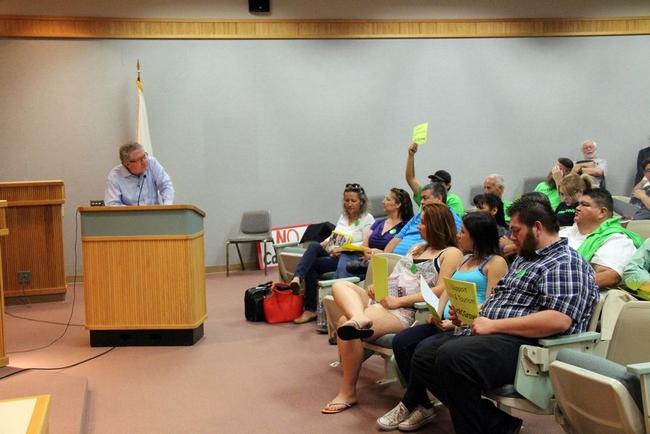 Recently Mayor Pro Tem James Sanders said “the first thing that we have to focus is getting more revenue” Mayor has made this statement in the Ridgecrest city council meeting which was held recently.

Moreover Sanders suggested few things which can give a considerable amount of revenue from the county and also from the payment of taxes from the Navy. Sanders particularly mentioned about Timbisha Shoshone casino and he said that this will be the major source to raise more funds as they desire.

He said that this will be an excellent opportunity for Ridgecrest to get more revenue. In fact the council has also approved MSA along with the tribe, but some of the members think that MSA will not be good as casino. Moreover they feel that the authorities cannot make more money in the selling land.

Actually the sale of land has been discussed in a closed session with the council members but still the council wants to stick down this deal in the private manner. They are not ready to announce it but it is sure that the council will publicly announce the deal later.

The members said that they will vote for it in the public during the further meeting. But some of the media advises and request people as well as the council members of Ridgecrest not to miss this opportunity.

Actually many people in the location are opposing the casino and they are concerning about the future of the people in their area. However, the main reason for the crimes which are happening in the Ridgecrest is economic problem. Therefore the authorities want to reduce that by opening the casino centers.

When there is casino, the people who want to make more money can make use of it and they will do not any crime in the location. This is the thing which is considered by the authorities. But people are concerning that the casino can increase the number of crimes in the city.

However, as Mayor Sanders said that the city is the situation to raise more revenue. Therefore the county meeting of Lion’s share has been organized Wednesday and the members have talked about splitting jobs for the people and also about casino.

Everyone feels that the city does not have enough resource to handle the financial problems. Therefore it is believed that the council members will find some solution to handle the issues.