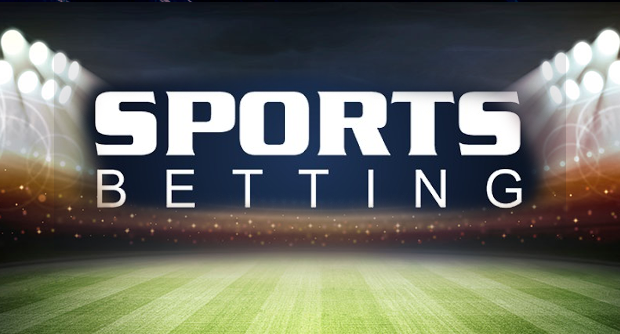 The smallest state in New England wants a large piece of the sports betting pie, and Rhode Island has taken the first necessary steps to secure a potentially massive payday.

Following the United State Supreme Court’s decision to overturn a 1992 federal law that barred sports betting in most places, the Ocean State became the first state in New England to legalize sports wagering.

Gov. Gina Raimondo on June 22 signed a $9.6 billion budget for the 2019 fiscal year that included sports gambling. The budget, which went into effect July 1, gives the state 51 percent of the revenue from sports betting.

“Sports wagering provides the state with a revenue stream that supports critical priorities, such as investing in roads and schools, without increasing the tax burden on citizens,” state Senate president Dominick J. Ruggerio said in a statement. “Rhode Island taxpayers will be receiving the highest percentage of revenue in the nation from sports wagering.

International Game Technology PLC will be the state’s sports betting technology vendor. IGT, a U.K. based company that has an office in Providence, was the only company to place a bid for the contract.

Sports wagering only will be allowed in two Twin River owned casinos — located in Tiverton and Lincoln — while online and mobile sports wagering will not be offered in the state. With those two options off the table, the sports gaming is projected to generate $23.5 million. Of that, the state will take home 51 percent, while the vendor IGT will take 32 percent and the casinos will take the remaining 17 percent.

Rhode Island Lottery will be tasked with operating sports wagering in the state. Betting activity is not expected to go live until the fall.

While Rhode Island will initially attract a number of bettors from around the New England area, the state could soon be at a disadvantage if neighboring states decide to legalize sports wagering and allow online and mobile gambling. The state’s department of revenue, which oversees the lottery, decided to take a cautious approach with sports wagering in order to avoid any pitfalls, Paul Grimaldi, chief of information and public relations for the Rhode Island department of revenue, said in an interview.

“It’s a measured approach,” Grimaldi told NESN.com. “We have confidence in our casino operators and our security systems and our oversight of the physical locations. This is a safe and secure way for us to take a step into this new market.

“If you remember from the internet bubble days, the mantra has always been ‘first mover advantage,’ but that’s not always the case. Some of the first movers in the internet space flamed out. So the people who came later to the game learned from the mistakes. So we’d rather take a cautious approach.”

Like many other states that have been working on legalizing sports wagering, Rhode Island had to face some regulatory issues, chief among them being the issue of college athletics.

“The thing that came to the forefront at the very beginning, both in our own research and very quickly after we made the proposal public, was betting on college sports,” Grimaldi said. “How do we manage that? How do we handle that with the law? Our own recommendation was there’ll be no betting on college games involving teams that are based in Rhode Island.”

Another consideration is security.

“Not necessarily what the agent will take bets on, but how do we make sure that the people betting should be betting, and how do we make sure that we are watchful for scams, for lack of a better term, or fraudulent betting?” Grimaldi added. “Which is why one of the reasons for us that making (betting) in person is helpful. Because we know how to monitor that.

“We’re already monitoring two casinos and have been for some time. So there’s a new world of potential fraud out there and this will give our security personnel time to learn and adapt and create the correct firewalls.”

Still, some worry the tax rate outlined in the budget could hamper the state’s competitiveness. The revenue sharing model that grants the state 51 percent could make it hard to compete with illegal markets and slow the growth of the legal sports wagering industry, which has led to criticism by the American Gaming Association.

Slane, whom NESN.com could not reach for comment, said in the same interview that if casinos aren’t able to make a large profit from legal sports gambling, then they could lose the incentive to market it thoroughly and might not be able to offer competitive pricing that will draw customers into the legal betting realm.

But while the tax rate could present a problem, University of New Hampshire law professor Michael McCann said he believes that states can use an analytical approach to the solve the issue.

“If states are doing their homework and doing their due diligence on how tax rates impact behavior, a state that sort of takes that approach and looks at it analytically, I think is much more inclined to come up with the right sort of incentives and deterrence than one that’s not taking as educated of an approach,” McCann told NESN.com

McCann also added that states such as Rhode Island made the right move in getting into the game early. Rhode Island became the third state in the U.S., following Delaware and New Jersey, to legalize sports wagering after the Supreme Court’s ruling. Mississippi and West Virginia are expected to follow suit before football season.

“I think it makes sense to jump in,” McCann said. “I think the reality is, these states are going to be competitors for a similar marketplace. And although there is risk in jumping in while states sort of feel that ground to what’s allowable and what isn’t, any state, the state that sort of gets into the space first, is going to gain traction with consumers.

“It’s also going to gain recognition: the first state in New England to have it. It will become more associated with it. If you’re the fourth state, that’s probably not as dynamic of a selling point.”

The Ocean State currently is leading the sports gambling charge in the New England area and, as such, could witness a wave of bettors from neighboring states come October. Time will tell when the action will shift to its larger and more populous neighbors, Massachusetts and Connecticut.

Get ready to place your bets, New Englanders.