Reminder of the best 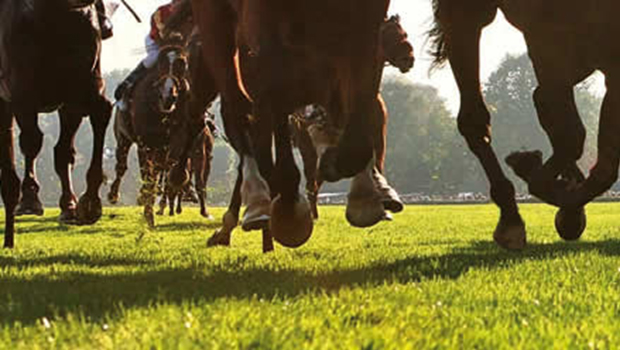 Reminder of the best tournament race of the year

Tonight on his Facebook page, Cirrus Des Aigles announced its withdrawal from the competition. Real phenomenon horseracing, crack Corine Barande Barbe marked a worldwide audience. Back on a unique career!

Nothing beats the figures to explain to newcomers what Cirrus Des Aigles was eight-year career. A horse of all the records first, appearing in no fewer than 67 races of his debut October 7, 2008 until his last journey on December 13. Sixty-seven races to become racing racing a true legend. Discovering the group level, a category reserved for thoroughbred whose quality brings many hopes at its nineteenth output, Cirrus are gradually rose through the ranks, playing 45 such events for 17 wins (22 in total on his entire career) and above 7 success at the highest level .

Whether in France on provincial racecourses, or on the most prestigious courses in the world, the resident of Corine Barande Barbe was imposed on no less nine different tracks. His greatest achievements were at Longchamp, where he won three Prix Ganay, the Prix d’Ispahan, three dollar price, a price the Council of Paris, the Cup and the Prince of Orange Prize, but also at Ascot, when champion Stakes 2011 at Meydan for the Dubai Sheema Classic at Epsom in 2012 or for the Coronation Cup 2014.

throughout his career, Cirrus Des Aigles faced the greatest champions of Europe. Narrowly defeated by Goldikova and Frankel , two indisputable legends, it was right to Truce in an epic match at Longchamp, but also Al Kazeem , Flintshire , Olympic Glory , Reliable Man , St Nicholas Abbey , So You Think , Snow Fairy , Midday , Nathaniel , Announce , Stacelita or byword , to name a few. Victorious the first time on 29 January 2009, 997 days after his birth, he crossed the pole head last May 3, 2015, so there less than a year, and on the occasion of his third Prix Ganay. He was then 8 years and 360 days. From Chantilly in Sha Tin, Cirrus has traveled almost 140 kilometers through his courage alone and had no less than eight jockeys different. Trained throughout his career by Corine Barande-Barbe and mounted almost every morning by Zoe Gargoulaud , the bay son crack of Even Top and Wasp size was raised by Yvon Lelimouzin and Benoit Deschamps and belonging to members Jean-Claude-Alain Dupouy and Xavier Niel . in addition to the numbers, Cirrus Des Aigles is a true legend. Because of its longevity, his courage, his tenacity, his desire to make things better, willingness to please, his greed, his complicity with Zoe and Corine , generosity, love of his audience … many are fell in love for this magnificent thoroughbred. Cirrus announced his retirement tonight. Holding back on track, providing not quite his usual reassuring acceleration, Crack received a visit from his veterinarian who noted “an early calcification sesamoidean oblique ligament.” It is therefore no question of intense effort, but in a more gentle retirement. Give us news Champions !!