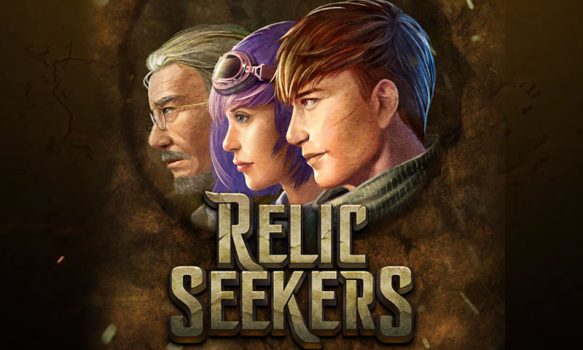 Developed exclusively for Microgaming by Pulse 8 Studios, a new independent studio tasked with creating Asian-inspired content, Relic Seekers takes players on a journey through the ancient tomb of the Dragon’s Vein in the form of a stimulating five-reel, 25-payline online slot.

Set in the ancient relic of Huangdi’ s era, three daring adventurers – the young and brave Free Man, the intelligent Professor Morgan, and energetic Nora – are on a mission to uncover the mysterious secrets of the Dragon’s Vein.

As the curious trio explore deeper into the tomb, they are accompanied in the base game by a line-up of stimulating features, including the Symbol Turn Wild and Rolling Reels™, enhancing their immersive and thrill-seeking adventure.

Following the three characters on their journey for big rewards, the Rolling Reels feature is triggered on any winning combination, causing symbols to explode and making way for new symbols to drop in. Subsequently, the Symbol Turn Wild feature is triggered after consecutive Rolling Reels, progressively turning more high character symbols wild, and offering great fortune to whoever summons them.

The action of Relic Seekers starts to intensify after landing three or more scatter symbols, activating the free spins and awarding a bonus round of 10 free spins. Charging deeper into the ancient tomb in free spins, players can claim the ultimate treasure through the collection of secret keys at random, which can progress to award additional free spins and a 2x multiplier.

James Buchanan, Director of Global Operations at Microgaming, comments: “Offering an immersive playing experience with captivating visuals and features, Relic Seekers sets the bar high for future releases from Pulse 8 Studios, who we are delighted to be working with on an exclusive basis.”

Pulse 8 Studios is a progressive game development studio creating Asian-inspired slot games with captivating appeal and powerful game engines. Pulse 8 Studios are always in search of the next theme and inspiration to create the most innovative and diverse gaming content. They focus on creating world-class games exclusively for Microgaming.