Release of the Jungle Books slot machine and Yggdrasil promotion at 50,000€

Release of the Jungle Books slot machine and Yggdrasil promotion at 50,000€ 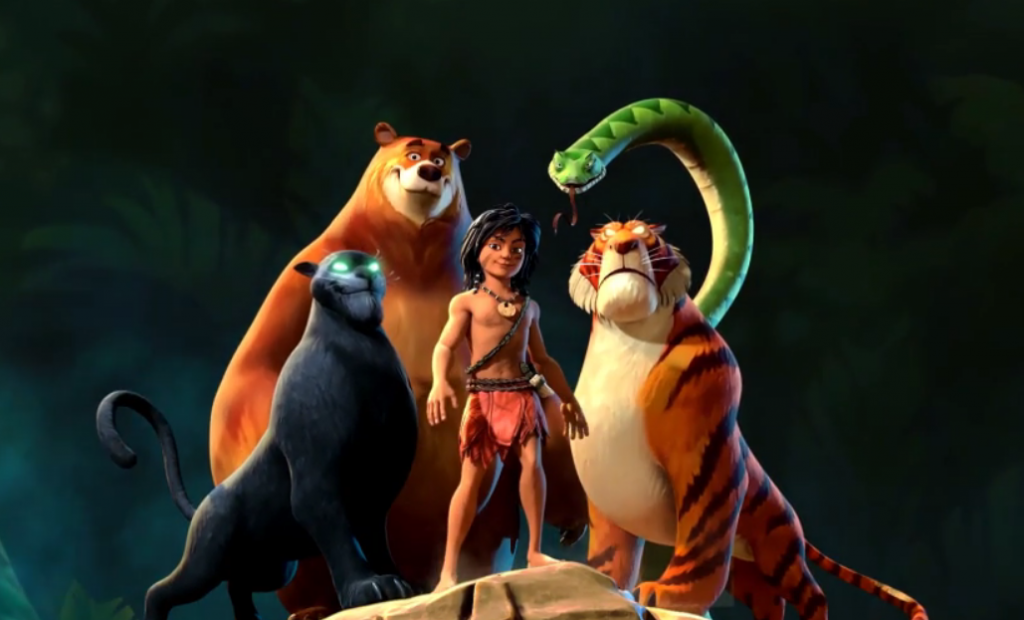 Yggdrasil Gaming announced this week the expected release of the Jungle Books slot, announced for the first time at the ICE 2017 conference. Jungle Books is the slot machine adaptation of the new book of the same name. The Jungle in French) written in 1894 by Rudyard Kipling.

The release of this game is an opportunity for Yggdrasil to discover its new technology: Fusion Realms .

The main characters of the Book of the Jungle

The Jungle Books slot required a phenomenal job for Yggdrasil Gaming who hopes that success will be there. It incorporates Fusion Realms technology, which allows access to several different roll structures within the same slot machine.

Five characters are presented with Jungle Books – Mowgli, Bagheera, Kaa, Shere Khan and Baloo – each with two own features.

Mowgli can synchronize multiple rolls so they have the same symbols and can create spreading wilds. Kaa allows you to read the payment lines to the right and to the left and has wilds with multipliers of x3. Bagheera incorporates wilds fruit and random multipliers between x2 and x5. Shere Khan Offers re-spins in case of winning lines and allows to add stacked wilds (stacked) on the reels. Finally Baloo brings the Honeycomb bonus, which rewards with random immediate winnings and stacked symbols.

During a session, a character will always be present on the left to propose its two features. A guest character, located on the right, will appear regularly and will offer one of its features (in this case, the player will benefit from three potential features with each spin). In the example below, Kaa is the main character, helped by Baloo on the right. 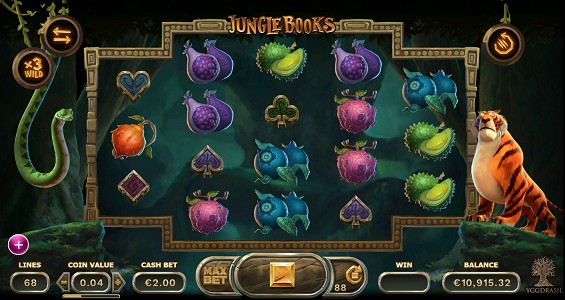 Fusion Realms technology works because the structure of the rollers changes according to the characters. Some offer 58 paylines when others offer 68. Players will navigate between several different structures, knowing that the different characters appear randomly. There is always a character on the left, playing the role of host, and sometimes a character on the right, playing the role of guest.

Jungle Books is a slot machine that promises a lot of action. Yggdrasil Gaming is going to launch a promotion to 50,000€ for the release of this game. It will be held from September 22 to October 1.

Find out now the Jungle Books slot on the online casinos Yggdrasil, including Tropezia Palace and DublinBet (which will also offer promotion to 50,000€).