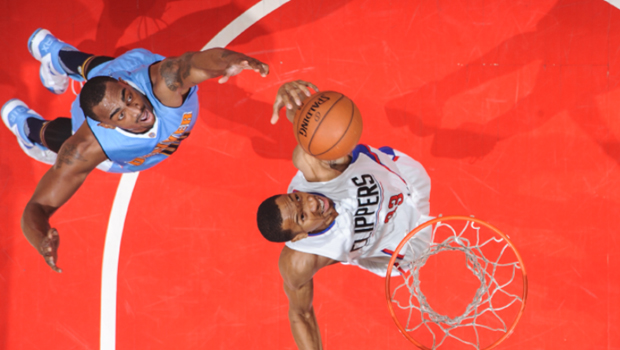 Los Angeles Clippers on Sunday became the fourth team in the Western Conference that ensures a visa to the playoffs in the NBA, after defeating the Denver Nuggets with a score of 105-90 in one of the five games scheduled on the day.The guard Chris Paul added 14 points, six rebounds and nine assists, while Jamal Crawford others helped with 14 points, Jeff Green and Wesley Johnson managed 13 each, and JJ Redick had 12 units.The best were Jusuf Nurkić by Denver with 19 points and DJ Augustin with 18, followed by Gary Harris, who finished with 11 cartons.Meanwhile, the Nuggets, tenth in the West with eight games remaining Conference, fell five games behind the Utah Jazz and Houston Rockets, who are fighting for the eighth and last available ticket to the playoffs for the western area .In Indianapolis, the star Paul George scored 16 of his 25 points in the first quarter and beat the Indiana Pacers 104-101 to the Houston Rockets, who could not take advantage of the 34 goals of his astro canastero James Harden.Monta Ellis scored 23 points and Ian Mahinmi tied his career high with 19 points for the Pacers, who have won three of the last four games.Harden also had eight rebounds and Trevor Ariza 14 points for the Rockets, who have lost two consecutive games.Ellis scored the go ahead basket with 4:46 minutes left to give the Pacers at the time a lead of 96-95 and Mahinmi scored consecutive baskets to put forward definitely to Indiana 100-95.The Pacers took a lead of 16 points in the third quarter and seemed to have the insurance party since before the Rockets were lit in a race and took an early lead in the fourth with a layup Ariza, but that momentum was later frustrated.In Sacramento, rookie Willie Cauley-Stein had an offensive performance of 21 points and DeMarcus Cousins had 20 points and 12 rebounds to lead the Kings premises in a 133-111 victory over the Dallas Mavericks.The Mavericks have lost three straight and 10 of the last 12 games.The Mavericks are ninth in the Western Conference, just a half-game behind the Rockets for the eighth and final berth in the area for the playoffs.Cauley-Stein, the sixth overall pick in the “draft” last year, set a career high with 26 points against Phoenix on Friday and continued his second game of 20 points or more.Darren Collison had 17 points and Seth Curry and Ben McLemore each with 14 points for the Kings, while point guard Rajon Rondo totaled 11 cards with the same number of assists.Raymond Felton had 15 points and JJ Barea Puerto Rican and Dirk Nowitzki finished with 14 apiece for the Mavericks.The Mavericks (35-38) fell slumping to three games under .500 for the first time this season. They reached the playoffs in 14 of the last 15 seasons, missing only in 2012-2013.The Kings will travel on Monday Portaland to face the Trail Blazers and Mavericks Denver that day to measure the Nuggets.