Posted on November 9, 2022 by Admin in Football 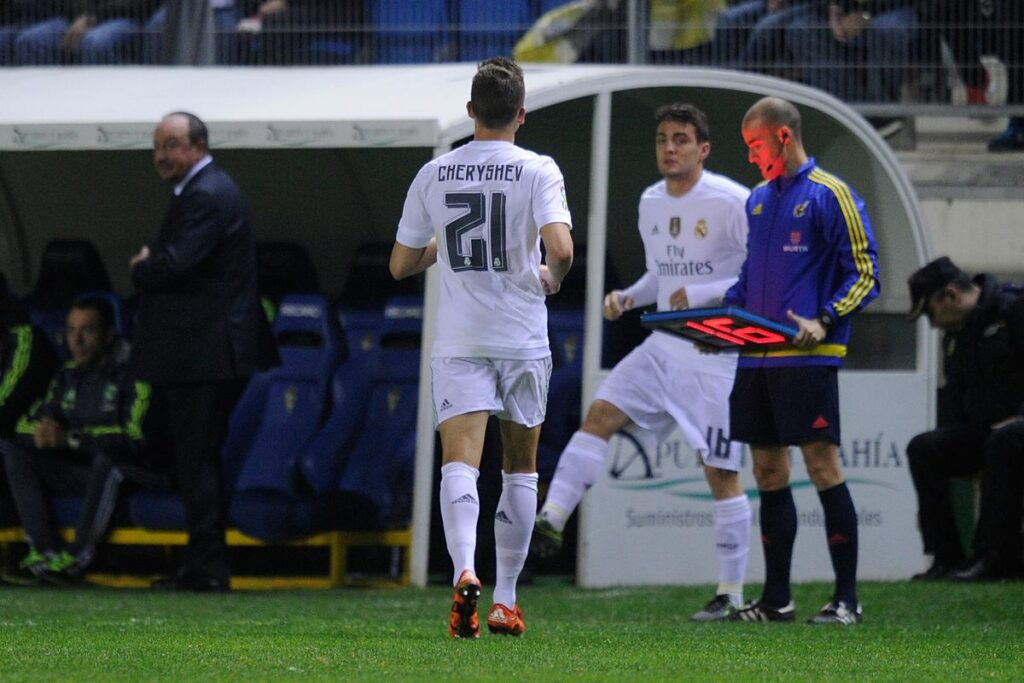 Real Madrid will play Cadiz on Thursday at the Bernabeu in an effort to recover from their first La Liga loss of the season.

On Monday night, Rayo Vallecano defeated Los Blancos 3-2, while during the weekend, their guests held Getafe to a scoreless draw.

Prior to Monday night’s trip to Rayo Vallecano, Real Madrid had an otherwise spotless domestic record; however, their defense was breached three times in a 3-2 setback as Barcelona supporters delightedly looked on.

In a frantic first half, Santi Comesana and Alvaro Garcia scored goals either side of Luka Modric and Eder Militao’s retorts. However, Oscar Trejo stepped up to score a penalty kick after Dani Carvajal handled the ball in the 67th minute of the game.

Although Thibaut Courtois saved the first penalty kick, a second attempt was required after it was determined that the Belgian had strayed off his line. As a result, Los Blancos lost the opportunity to pass Barcelona at the top of the standings and will now temporarily occupy second place.

If Barcelona defeats Osasuna on Tuesday, the margin between the two Clasico rivals will widen to five points before Real return to play, and the European champions’ recent form—one win in their past four across all competitions—is not what we have come to expect from them.

For Los Blancos, who are unbeaten at the Bernabeu in all competitions this season, a trip back to the capital is exactly what the doctor ordered. However, Cadiz will take any ray of hope they can get this week as Los Blancos have given up a goal in each of their last six home games.

The stories were published elsewhere, despite the fact that there wasn’t much goalmouth action during Cadiz’s weekend match against Getafe. At the Coliseum Alfonso Perez, neither team was able to score a goal after more than 100 minutes of play due to three injuries, three red cards, and more.

After Cadiz’s Luis Hernandez was also given the boot early in the second half, Getafe’s Gaston Alvarez and Portu both received red cards. However, that moment could still prove to be crucial for the visitors’ attempts to avoid relegation to the Segunda Division.

Cadiz has only lost one of their last eight La Liga games after a disastrous start to the season in which they won two and drew five. However, they are still below the playoff line in 19th place, with Celta Vigo and Sevilla only ahead on goal differential.

Sergio’s team might potentially lift themselves to safety with a shocking victory at the Bernabeu depending on other results this week, but Real Madrid must undoubtedly be on their toes against a team who just two weeks ago overcame their local rivals Atletico Madrid.

Real Madrid’s first domestic loss of the season should be the perfect medicine for them, and Thursday’s match at the Bernabeu shouldn’t produce any surprises. Cadiz has a defense that is severely depleted.

Even though their opponents have recently displayed a more tenacious streak, Los Blancos have not been staunch defensively at the Bernabeu, but Thursday’s match should give Ancelotti’s team a much-needed victory and clean sheet.