Reactoonz, the alien invasion of Play’n GO to celebrate Halloween

Reactoonz, the alien invasion of Play’n GO to celebrate Halloween

Posted on October 25, 2017 by Admin in Uncategorized 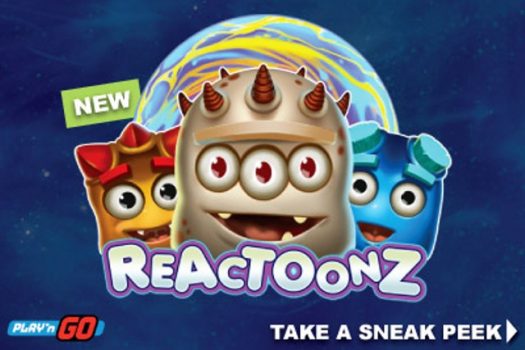 Play’n GO has just announced the launch of the slot Reactoonz , which follows the slot Energoonz , proposing the meeting with a very special alien species. At the same time, Play’n GO was awarded the Casino Supplier of the Year award at the EGR Italy Awards 2017.

Play’n GO invites you to rediscover the crazy creatures of Reactoonz. Beware of appearances, despite their look, these creatures want to invade the land and allow their leader – Gargantoon – to make his power speak. You’ll notice him patiently waiting on the right side of the rollers, waiting for the special combo to click into place.

The Reactoonz Slot Machine is original in its roll structure and payment system. It has a 7×7 structure with clusters of winnings. Unlike a classic slot machine, there are no win lines but clusters of winnings (like on Aloha! Cluster Country or on the future slot Sons of Anarchy ). To validate a winning combination, you must have five or more symbols of the same type side by side. When a winning combination is validated, the symbols composing this combination disappear to drop the higher symbols.

The goal in Reactoonz will be to chain the winnings to activate different powers, eventually allowing Gargantoon to be released. The powers are: implosion, incision, demolition, alteration. Each has its own features, such as turning three to six symbols into wilds or destroying some symbols to make room.

Overall, Reactoonz is a very energetic and dynamic slot machine. The spins are linked and it is rare not to engage this or that bonus. She is about to make her come on Play’n GO online casinos, just in time for Halloween!

Play’n GO is the supplier of the year in Italy

At the same time, Play’n GO is proud to announce that it has been the winner of a new prize, the Casino Supplier of the Year 2017 during the EGR Italy Awards. This award was received directly by Johan Tornqvist, the CEO of Play’n GO, who spoke about the work done to win this award.

“This award is proof of the brilliant work done by Play’n GO staff to always push the games industry forward and give Italian operators access to quality content. The young Italian market continues to strengthen and there is still much to do for the future. “