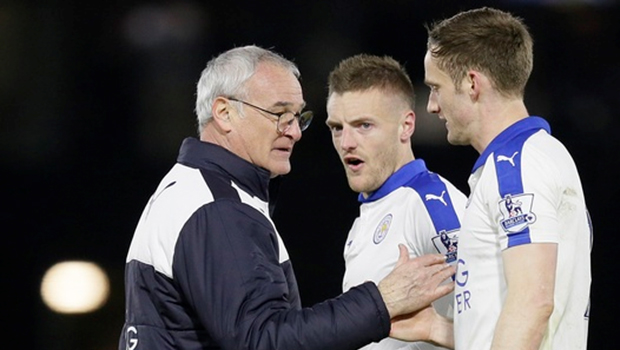 Ranieri: Arsenal and City are still in the title race

Although his team eight rounds before the end has five points more than second-placed Tottenham, and even 11 more than Arsenal and 12 from Manchester City, Leicester coach Claudio Ranieri still stubbornly refuses to declare the “fox” the favorite to win the Premier League.

Victory against Newcastle on Monday evening (1: 0), Lester is another step closer to the aim that the former striker Gary Lineker that team described as “the greatest sensation in the history of the sport.”

“Favourites for the title? No, race is still open and it involved several teams. Our goal is still a place in the Europa League. For four or five rounds, depending on how they place things, could we say that we want to qualify for the Champions League, “Pellegrini is cautious.

The popular “thinker”, a former coach of Napoli, Juventus, Roma, Chelsea, Valencia, Atletico Madrid and many other clubs came into a situation that for the first time in the trainer win the title with a club, and this is the 64th year.

What a sensation was – Lester, who was at this time last season was the last on the table, for eight months leading the race in front of the giants of English football such as Arsenal, Tottenham, Manchester United, Chelsea, Liverpool, Man City …

“There are many people who dream, that above all I think of our fans, but we have to keep working hard. Every match is a battle, veritable battle. So it was against Newcastle, so will it be in the next round against Crystal Palace,” he added Ranieri.

“Fox” is the title mathematically need 20 points from the remaining eight games, but is likely to be sufficient and less.

“This is not a race for two, between us and Tottenham. No – Arsenal and Manchester City are still candidates for the title. Everything is open,” said the Italian.

With him disagree Robbie Savage, former football player Lester, now one of the analysts on the BBC. Savage believes that his former team to win the title.

“You can not write off Tottenham, who have five points less, but I think Arsenal and Manchester City have no chance. I just can not imagine them to win four or five games in a row,” says Savage.

“If Lester win the title, it will be the largest football project I’ve ever seen.”

The BBC said they were turning points in the race for the title of a rarity in the modern era of the Premier League. However, there were no such cases – in the 1997/98 season Manchester United for three rounds before the end had six points more than Arsenal, but in the end rejoiced “Gunners”. The largest shift was seen four years ago, and again the loser was Ferguson’s United, who dropped eight points advantage over Manchester City, six rounds before the end.

Two seasons ago, Liverpool is three rounds before the end had five points more than Chelsea, and won the title – Manchester City.