Race for the Ages

Race for the Ages 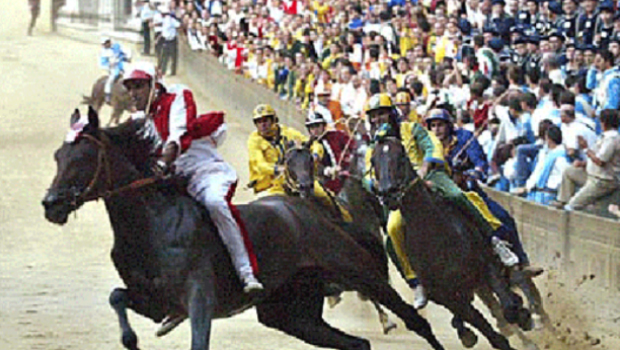 With six Graded Stakes Races at Belmont Park on Saturday, an interesting theme has occurred in almost every race. It comes down to two top horses in each race. Here is a preview: The feature race is the Jockey Club Gold Cup at a 1 1/4 mile. Stay Thirsty and Flat Out stand far above the others. Stay Thirsty has been on quite a roll, winning both The Travers and Jim Dandy, with a close 2nd in the Belmont Stakes in the slop; and it could be a wet track on Saturday. Flat Out has had back-to-back 2nd place finishes in the Grade 1 Woodward and Whitney, with a win before that in the Suburban over this same track.

Who will win? Well, the last eleven winners of the JCGC have been 3 and 4 year olds. Keeping that in mind, Stay Thirsty is 3 and Flat Out is 5. Stay Thirsty is the pick to bring home the Gold Cup and could be a leading contender for Horse of the Year. For the ladies, the Beldame is the feature. Leading Horse of the Year Candidate Havre de Grace has won four of five this year with only a nose lose to Blind Luck at a 2 lb disadvantage in the Delaware Cap. She will have only one serious rival in Royal Delta, who is coming off a great win in Alabama.

Though Royal Delta could only manage 3rd in the CCA Oaks before that, she did break her maiden here over this surface. However, the pick here has to be the ultra impressive Havre de Grace, now 4. It has been nine years since a 3yo won this race, and that streak will continue .The 1 mile Kelso features Jackson Bend, who has back-to-back wins with Beyers of 107 and 108, including a win in the Grade 1 Forego against Uncle Mo.Uncle Mo came back after a long illness layoff to get an impressive 2nd in the Grade 1 Kings Bishop.

Yet, Mo is a 3yo and it has been twenty years since a 3yo has won this race. Therefore, the pick here will be the “on-fire” 4yo, Jackson Bend. The BC Sprint winner Big Drama came off an eight month layoff to win in his return, but did get one of the lowest Beyers of his career in that race. He will have to beat Trappe Shot, and that will be tough.

He is 3-3 lifetime at Belmont, with an 8 length romp in the mud two back, and 2 wins over a fast Belmont main track. All three of those wins were triple digits Beyers. Trappe Shot should make it 4-4 at Belmont. The 1 1/2 mile Joe Hirsch on the turf features Cape Blanco. He is 2-2 since coming to the U.S. Both are Grade 1 wins, including the Man o’ War Stakes over the lawn here at Belmont. He has won on both yielding and good turf, so the surface condition should not bother him.

The main challenger will be Winchester, who did win the G1 Sword Dancer at this distance his last out. In four starts at Belmont, he has never finished out of the exacta. But he is a 6yo, and a 6yo has never won this race. Cape Blanco is the pick. The Flower Bowl on the lawn for the girls features Aruna, who has never been out of the exacta in six lifetime starts in the U.S. She races against Stacelita, who won the Grade 1 Beverly D last out. These two horses are very evenly matched, and it would be no surprise to see either horse win.