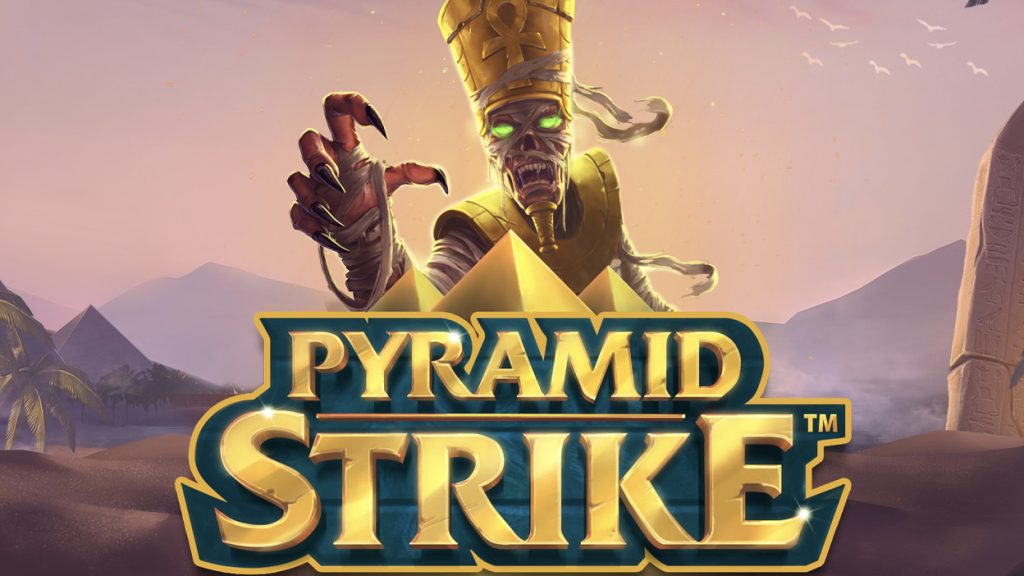 Pyramid Strike’s ancient Egyptian theme has been updated thanks to Stakelogic. You’ll get a grid with 5 reels and 3 rows of symbols, as well as 20 chances to win, in addition to this popular theme. When it comes to volatility, this is a slot with a high amount of volatility, which is matched with a 95.80% return to player. You’ll also find Scatters, Free Spins, Wilds, and a Pyramid Strike Bonus in addition to these features.

After that, you’ll see a lot of familiar symbols on the reels, and your task will be to match them. If you collect three, four, or five of them in a row, the combination will pay out from left to right. The awards are determined by the number of symbols in a combination. The biggest reward in this game is 3,140 times your stake, and you can win it by betting $0.20 to $20. However, before you begin playing, you must be familiar with both the standard game and the additional features.

Features of the Pyramid Strike Slot

Because this is a vintage theme, you’ll notice some classic symbols, such as royal cards. J, K, Q, and A are the symbols that will appear on the reels. Aside from them, there are some figures who represent high-value symbols, such as an enraged priest, a female pharaoh, a goddess, and Anubis himself. The specialities are accompanied by this assortment of symbols.

In Pyramid Strike, the golden Scarab beetle acts as the Wild. It’s also in charge of replacing the regulars while creating new combinations. Then there’s the Scatter sign, which is a mummy. You’ll get the Free Spins feature if you get three of these spins in a row. You’ll obtain a Free Spins wheel in this feature, which will award you a random amount of free spins and a random multiplier. You can also re-trigger the feature up to three times throughout the game.

Then there’s the Pyramid Strike Bonus, which is triggered by Bonus symbols. You must gather them in order to receive the award that corresponds to the amount of symbols. The awards range in value from three to nine symbols. The Super Stake function can also be triggered.

This slot title combines an ancient Egyptian theme with a cartoonish feel. An Egyptian temple serves as the game’s backdrop, and the game does not disappoint in terms of graphics and playability. It’s also worth noting that this slot game is mobile-friendly.

Pyramid Strike is a classic slot with a standard grid and a well known theme. The base game, however, is spiced up with Wilds, Scatters, and Free Spins. Multipliers and a Pyramid Strike feature are included, making this a truly one of a kind game.