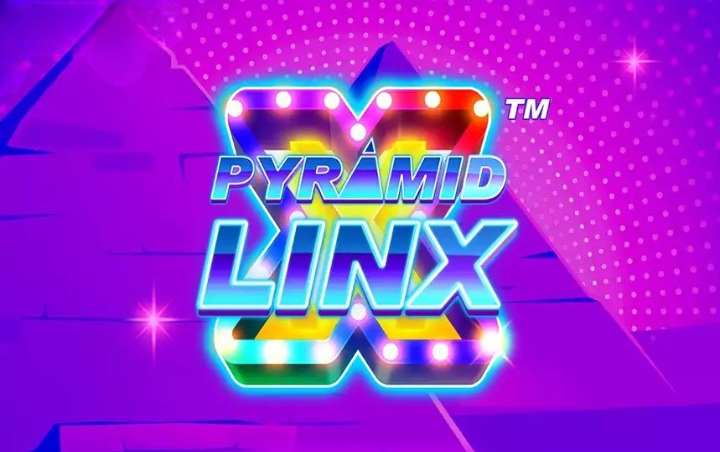 Pyramid Linx is an excellent example of Playtech’s odd slot machines. The 5 reels on the slot machine aren’t all the same size, which creates a fascinating effect. In our review, we go into how that works in more detail.

Pyramid Linx is a 5-reel slot with 2-2-3-4-5 symbols on each reel and just 20 active lines. Players can win up to 2,000 times their bet with the Grand Jackpot, and the RTP is 95.95 percent in a high-volatility setting. There are a few more elements as well, such as an X symbol that acts as a wild, as well as a Gold X variant, Circles, the Wild LinX, regular and wild pyramids, and free spins.

You’ve chosen the set Grand Jackpot as the one that will pay you the most. The biggest prize offered is 2,000x the bet, although other jackpots or combos will pay less. Regular combinations appear to pay out no more than 150 times the investment (7.5x per line).

The jackpot doesn’t appear to be as good when you consider the game’s high volatility rating. However, if the RTP is 95.95 percent, it is okay.

Features of the Pyramid Linx Slot

Pyramid Linx has more feature symbols than the standard slot, and many of them can be substituted for other symbols.

The X, for example, is a substitution symbol that might appear on reels 2-5. It is not intended to be used in place of any other feature sign.

The second wild, Gold X, can also be used as a substitute on reels 2-5 and has the same restrictions as the ordinary X.

A bonus symbol is a circle with an Egyptian winged decoration that can appear on reels 1 or 2. When it’s coupled with one of the X symbols, it activates the Wild LinX function (needs all 5 reels to have at least 1 of these three types of symbols). You select and choose until you’ve found all of the prizes concealed underneath Gold X or X symbols.

Pyramid Scatters can appear on all reels and are valuable if they appear on at least three of them. You’ll earn the free spins as well as a jackpot worth up to 100 times your bet. There is an option to be made between the two types of free spins:

There are a total of X free games available, with a total of 5 rounds. Wild LinX is easier to reach with this feature, and you can retrigger it with 3+ Pyramid scatters.

Book 10 rounds of free games. Wild Pyramids replace ordinary Pyramid scatters on the 5×3 reels. It’s a Book-style mechanic in which a specific expanding symbol is picked and given the potential to take control of all spots on the reels. For this option, a different paytable is employed.

Wild Pyramid symbols serve as both substitutions and scatters, paying up to 100x when five of them appear, while also acting as a replacement when necessary. Only during Book free spins are these available. These can also be used to reactivate the feature.

It’s a unique design, but it has a traditional feel to it, despite the fact that it has a lot of Ancient Egypt iconography. The background appears like it belongs in a game show studio, and the symbols on the reels are a combination of card suits for the lower symbols and Egyptian-themed emblems for the higher ones. The Ankh, Lotus, Horus, Eye of Ra, and Snake are among the latter’s symbols. X Wilds, Pyramid scatters, and scatter/wilds are among the feature symbols employed.

In the end, Pyramid Linx is a good online slot, even if the Ancient Egypt theme doesn’t help it. The unique layout and features set it apart, and I wouldn’t put my money on the top prize to motivate anyone.