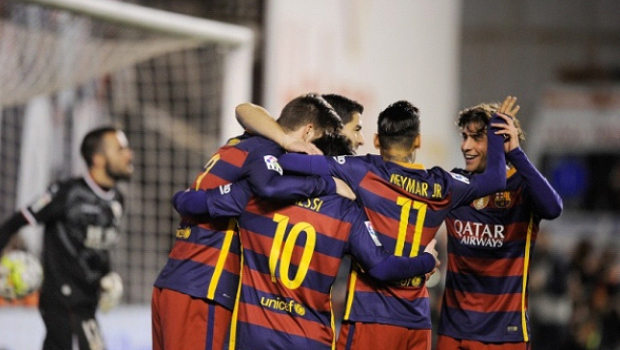 Real Madrid footballer Ronaldo, Christian led today its team with four goals victory over Celta than 7: 1 in the 28th round of the Spanish Primere.Real now has a point less than Atletico Madrid, who play tomorrow at home against Valencia, and nine points less than first-placed Barcelona, ​​who has a calf less. Celta’s sixth in the table.

Ronaldo is with these four goals broke in the first place on the list of shooters Cases with 27 points, two more than Luis Suarez from Barcelona. In third place, with 19 goals are Karim Benzema, Lionel Messi, who on Friday scored a hat-trick in the victory over Rayo Vallecano.

Pepe scored the only goal in the first half and in the second mushroomed Ronaldo. Captain of the Portuguese national team is first raised to 2: 0 advantage of the space that he left Celta defense, and then the free kick raised to 3 is 0.

Ijago Aspas reduced to 3: 1 when he noticed that Keylor Navas ran out, then it’s great lob.

Just two minutes later, Isko’s great down the left wing, then added Ronaldo in the box, which was only put the ball into an empty net. The first star of Real Madrid showed complete goal getter abilities when he scored after a corner head the ball into the net for 5: 1.

Barcelona’s players are now convincing 5: 1 as the hosts defeated Rayo Vallecano in the final game of 27 rounds Examples.

Rayo Vallecano finished the game with two players less, due to the exclusion of Diego

Ljorentea 42 and Manuela Ituri after 67 minutes. Triple scorer for Barca was Lionel Messi, 23, 53 and 72 minutes, but goals are still gave Ivan Rakitic after 22 and 86 Arda Turan Luis Suarez missed a penalty in the 69th Scorer for Rajo was manuca 57 Barcelona has 69 points, eight more than second-placed Atletico Madrid, and even 12 of great rivals Real Madrid, who was third in the Spanish league. Granada is tied another victory, because in their stadium 2: 0 defeated Sporting Gijon. Shooters were Jusuf El Arabi Making 72 and Isak Susesi in the 90th minute, and the host ‘s job easier in the 84th when Sergio Alvares off. Granada is still in the relegation zone, or now has 26 points, as the Getafe and Rayo Vallecano, who are in places that guarantee opastanak in the league. Sporting is second to the 22 recorded an important victory and Betis, who was at home with 3: 0 was better than Espanyol, Betis continued to struggle for survival, but with much majorities chances than in the first part of the season. The club from Seville 13th with 31 points. Espanyol has three small and one position below.