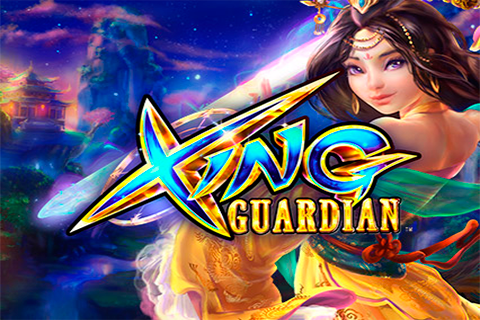 Xing Guardian is the new highly poetic video slot from NextGen Gaming (available for free here). Composed of 5 rolls, this video slot transporting us in the middle of ancient China is distinguished by its 1,024 winning combinations. Featuring an aura of mysticism, Xing Guardian’s effigy is a pretty protective heroine of an ancient kingdom. Very friendly, this last one will allow you to take big at any time of the day.

A poetic and whimsical slot machine

NextGen Gaming delivers a highly inspired, melodious and whimsical video slot. In the background, there is a kind of canyon with a thousand and one colors and the mauve sky gives the place a dramatic look. With its many symbols evocative of ancient China (water lily, pearl bracelet, phoenix and dragon), the player will spend on Xing Guardian a relaxing and exotic moment.

This is all the more true as the new title of NextGen Gaming is affordable. Count only 50 euro cents to roll the rolls, the maximum bet allowed is 125 € per turn. If all the icons in the game will yield more or less credits to the user, some are more lucrative than others. Thus the standard icons A, K, Q, J and 10 are the ones that pay the least while the mystical dragon is the most rewarding with 75 credits earned for five identical symbols combined on one line.

Zoom on the Rise of the Dragon feature

In Xing Guardian, the young woman acts as a Wild. It can appear anywhere on the screen, knowing that it can stack on a single line or row. When this happens, the player receives credits revised upwards. If the protector of the place is able to spread all over the screen, it is because its symbol can replace all the others, with the exception of the Scatter. The Xing Guardian can earn you up to 100 times your initial bet.

But if there is a function that is worth the detour, it is Rise of the Dragon. Concretely, a dragon can grab a whole line or roll and reveal a whole stack of Wild symbols, enough to allow the player to fill up on credits. If the dragon appears randomly, it usually does so at the right time. Associated with the Yin and Yang symbol (probably one of the most powerful of the game), the latter will wreak havoc: in Xing Guardian, Yin and Yang are synonymous with Free Spin, which means that a jackpot Will wait once the free spins are at the end of the cycle.

You can find the online slot Xing Guardian on online casinos like Cheri Casino or Tropezia Palace.