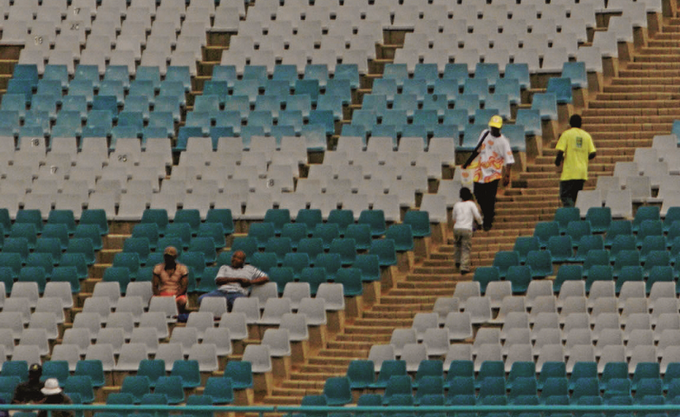 The West Indies Cricket Board (WICB) has geared up for enhancing overall facilities available to audience in the cricket stadium. Whycliffe (Dave) Cameron is the President of the WICB since 27 March 2013. He has revealed the importance of improving audience’s experience at the ground during the Test Cricket as a consequence of ever-decreasing viewers at the ground for test matches in recent times.

Residents of many countries have a crush on cricket and other sports. However, they do not like to compromising their busy schedule and be present at the ground during the test cricket. If this unfavorable situation continues in future, then there will be lots of possibilities for the end of the Test cricket.

Cameron has shared different issues associated with the overall development of the WICB in the upcoming days. He has highlighted that teamwork plays an important role behind every positive change in the sport. He ensured that a lot needs to be achieved by every member of the WICB.

Almost every viewer at the ground during the Test cricket is very conscious about their comfort. They do not like to keep away from their favorite digital world. If they get WI-Fi at the ground while watching their favorite cricket lively, then they will be encouraged to be present at every test cricket match conducted anywhere in the nation.

People of all ages have different ideas about their lifestyle day after day. Even though they are willing to go and watch live test cricket at the ground directly, they do not know how to deal with their kids who seek something comfortable at all times. If the WICB has improved the sportsainment after a comprehensive analysis of every age group of audience at the ground, then there are many chances for ever-increasing number of audience arrive and watch test cricket happily at the ground.

Users of mobile gadgets watch test cricket in their free time by using the social media and other applications. Many residents watch test cricket on TV from the comfort of their home. They do not like to visit the cricket stadium because expensive tickets and poor facilities inside the stadium. They seek something special and favorable while watching their favorite team’s test cricket at the ground. The WICB has begun developing such facilities and increasing the overall interests of target audience to book tickets for test cricket.

The best team at the ground is one of the main reasons behind the maximum number of attendances during the Test cricket. Every cricket player has to improve their skills and play as professional as possible. They not only get renowned and rewarded for their game play, but also enhance the turnout at the ground during the test cricket as planned by the WICB.