Poker – What to Play Online 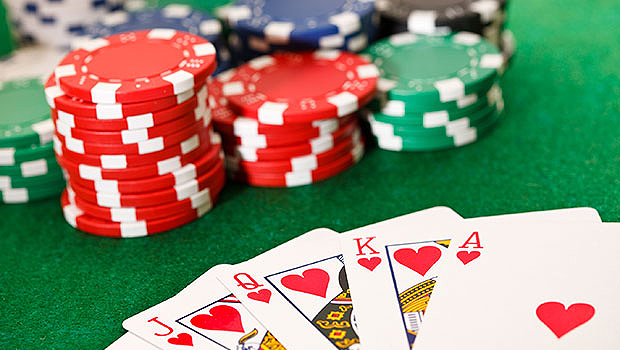 With the invention of the internet the game of poker exploded from a small time game to one played by millions of people the whole world over. The biggest event in poker is the Main Event at the WSOP and the first two years that this was held there was a total of 13 entrants and while it steadily grow over the years it was not until that Chris Moneymaker won the tournament in 2003 from an online qualifier that we saw massive numbers. The following year saw more than 2,500 entrants and although online poker has had its troubles in recent times the entrants at the biggest poker event is still more than 6,300 and this shows how popular the game still is to this day.

If you haven’t started playing yet, here is a short breakdown of some of the more popular poker games played online.

This format of the game is the most popular version of the game played online. The mechanics work by each player at the table is dealt two cards face down with the two players to the left of the player designated the dealer paying the small and big blinds. A betting round commences where people decide if they wish to get in on the action or fold and sit out the hand. Those that remain get to see the first three of five community cards dealt face up in the middle of the table, in what is known as ‘The Flop’. We then have another betting round before the fourth card is dealt – The Turn – before the betting round/dealing is repeated with The River.

This game is the same in all features as Texas Hold’em apart from the fact that the players are dealt four cards and their best five cards must come from two in their hand and three from the community cards.

Until the poker explosion that has seen a shift to Texas Hold’em, it was seven card stud that was the most popular poker game played in the USA. The game is played with players dealt three cards, two face down, and the player with the losing showing card starting the action. After the betting round a fourth card is dealt face up and the player with the highest showing poker hand begins the second betting round. Those that remain have a fifth card dealt face up before a betting round and then sixth card, also face up, and another betting round. The final card is face down and then there is a final betting round with players making their best five card poker hand.

All games of poker are fantastically entertaining and for those getting in on the action Texas Hold’em is the way to go as so many sites offer free money and training games in this format. Omaha and seven card stud are more advanced, but there is no need to stop there as there are many, many more poker games just waiting for you to discover them too!