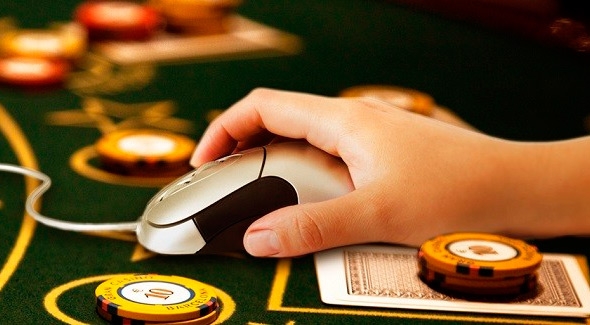 Poker in Spain still does not have good news, with a continuous and worrying decline that seems to have no bottom.Good news in the game sector.

The publication of the quarterly report of the gaming market in Spain in the second quarter of 2016 by the General Directorate Game continues to confirm the worst predictions and expectations as poker is concerned.

Poker continues to fall in Spain even when many of those responsible already trusted that it had bottomed out and we could see the first green shoots since stabilizing the number of players after the regulation (in the first results it started from zero, so These were positive) and begin the decline in players and amounts of money.

The news of the online poker in Spain begins to be worrisome since the descent is propitiando numbers that totally endanger the ecosystem in a game (mental sport) in which it competes against other players.

It is really important to keep a good number of players so that there is action and open tables so that you do not finish throwing away the few players (a lot less than they should have) that still remain in the Spanish online tables.

The first analysis of the situation of online poker in Spain, which is not always the one that reflects more completely the reality, comes from the comparison of the recently published results with the data of the previous quarter.

Is poker facing the abyss? Will the course be straightened out soon?

Despite the poor start to 2016 with the report showing DGOJ bad numbers in poker , the period covers the months from April to June turned out to be even worse.

As we can see in the table below with the data provided by the General Management of Game Management, poker has had a negative evolution in the amounts played, the money that is bet on tables and tournaments, close to 8.5%.

Earnings (always speaking in the gross) have also fallen sharply, surpassing the 7% decrease compared to the first quarter of 2016.

These data begin to be dangerous because while the crisis in the country seems to have bottomed out with data spikes in the work data for several months, poker not only has not left the period of “negative growth”, but continues to go to Drift and, what is worse, does not seem to have hit bottom.

A decrease compared to the amounts played in the first quarter of 2016 could be explained because last year saw a similar trend even more pronounced.

The explanation no longer makes sense when we focus on longer-term evolution. Poker has installed in negative numbers a period of time too long, so it is impossible to keep going worse and normal is that the results start to be positive, but this does not happen and the question begins to be: Where is the limit?

The comparison of the data of the second quarter of 2016 with the previous quarter, despite the proximity in dates, is not usually the most accurate to see the real evolution of poker in Spain.

Poker and Spain in negative numbers.

As with unemployment, every month and every quarter has its specific characteristics. It is not strange that even in crisis, there is a drop in unemployment figures at the beginning of the summer, so the most accurate and real analysis is the one that is performed with respect to the data of the previous year.

In poker the situation is similar, so it is necessary to see the evolution of the last data of the DGOJ with respect to the same quarter of the year 2015.

The evolution is really negative, surpassing the 10% decrease in quantities played, an extremely hard negative movement when it came to think that in the second quarter of 2015 had bottomed out and the figures began to stabilize, dreaming of even growing in 2016 .

But nothing further from reality: Online poker in Spain continues to suffer and fall. You can try to see the lower decline in poker room gross earnings ( “only” 4.4%) as a positive thing, but analyzing this is not cool.

As we will see later, this is because the numbers played in tournaments have dropped to a much lesser extent, so the percentage of money in cash and tournaments, despite going very far, is being reduced, which together That the winnings in tournaments are much greater per euro played than in cash, clearly explain this data.