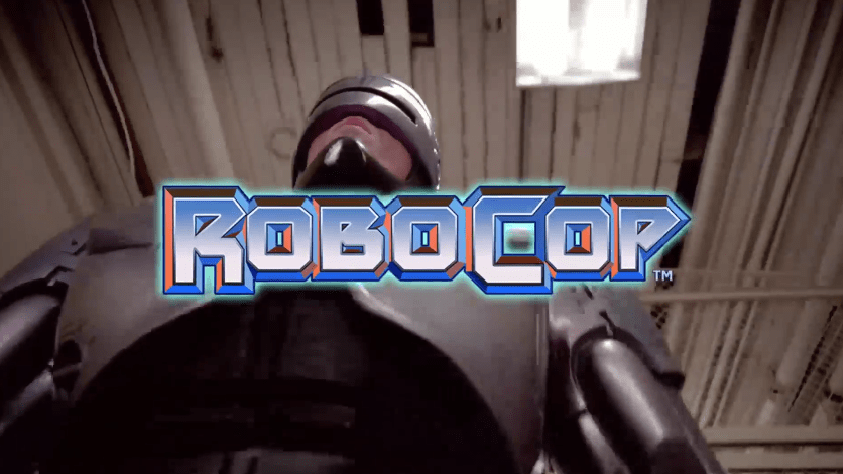 The software developer Playtech unveiled its new RoboCop slot machine. This masterpiece will be available on all casinos powered by this industry giant.

Playtech, the famous game software developer and provider of systems and services, in partnership with MGM Interactive Inc., launched a new and exciting slot machine called RoboCop. This innovative game is inspired by the famous eponymous movie of the 80s telling the story of the bionic police Murphy who vowed to protect public goods, innocents and enforce the law. This action-packed title filled with great features and bonus features will soon be available on all Playtech casinos and accessible from both mobile and PC.

James Frendo, Casino Director at Playtech, said: “Many players have grown up watching this famous movie, none of which will forget the sequences of continuous action and the extraordinary sound effects of RoboCop itself.

He added, “The Playtech team has worked hard to design this game that remains true to the original movie, incorporates great new features and brings players to the heart of the action.”

All about the new RoboCop slot machine

RoboCop promised to stop him and the boss of the powerful OCP Company Dick Jones, who was brought back to life and converted into the most modern cyberflic in the world after being beaten and left for dead by a gang led by the ruthless Clarence Boddicker. , In order to clean the city once and for all. On this new game, players will help him restore justice in the city of Detroit faced with serious crime and corruption problems, with an arsenal of features to fight crime.

RoboCop has 5 reels and 25 paylines, and its betting range is between €0.25 and €25. The denomination of coins varies from 0.01 to 1. As mentioned above, the game is inspired by the famous film of the same name, and the graphics also recall the cinematographic work, while the background presents the city of Detroit.

The most lucrative symbols on the reels include the main characters of the film. RoboCop itself is very lucrative, and if you get it 5 times on an active payline, you will earn up to 1,000 coins. Anne Lewis and Dick Jones also appear on the reels. There is also Robocop’s weapon and car, which are moderately paying symbols, while poker card icons ranging from Jack to Ace are the least lucrative of the game. The scatter symbol is represented by one Badge, while the symbol marked “WILD” acts as a wildcard. The latter is the most lucrative icon and grants up to 2,500 coins when it appears 5 times on an active payline.

The game also features Random Robotised Features that activate randomly during the base game. Additional jokers can be obtained during a rotation, and bettors can unhook multipliers up to 5x. If the players find the 3×3 format joker represented by the ED-209 on the reels, they will gain huge gains. However, when entering the OCP offices, they must obtain three identical symbols to win interesting cash prizes. They can expect to also receive 10 free spins with additional jokers, 5 free spins associated with a huge joker and 15 free spins plus two multipliers.

In view of all these features, the game will certainly be as entertaining as it is lucrative. Unfortunately, French players will not be able to play for real money because Playtech does not accept players from this country. On the other hand, they can take advantage of NetEnt’s The Invisible Man slot machine, which is also inspired by a cinematographic work and which deals with a man with superpowers. It will give you an experience worthy of the name and comparable to that of RoboCop. The Invisible Man Slot Machine is available on Cresus Casino and if you want to know more about this great platform, you can check out our review of Cresus Casino.