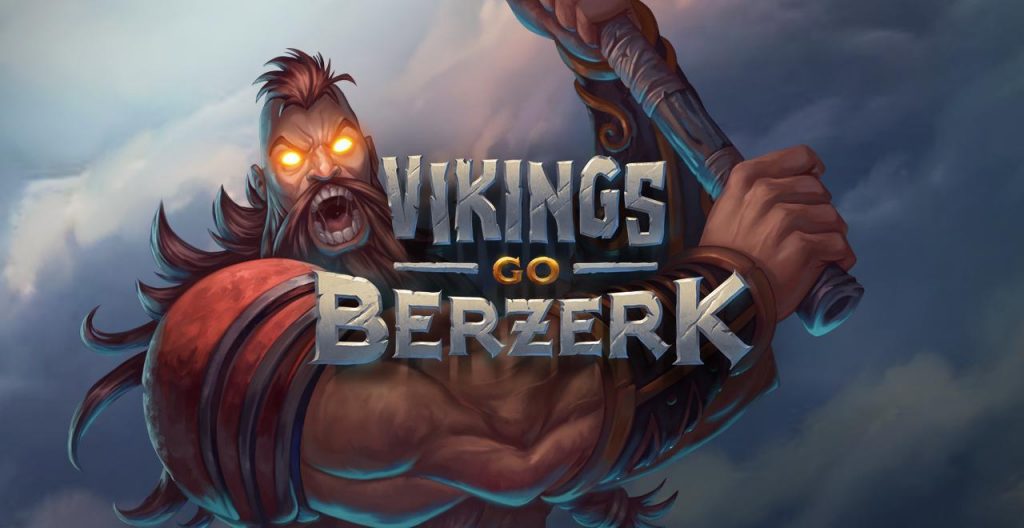 The fantastic sequel to Yggdrasil’s popular Vikings Go Wild slot, Vikings Go Berzerk, has 5 reels and 25 fixed paylines. This time around the Vikings are battling sirens and a great sea monster. During their battle, they can go berzerk, which means more winning chances for you!

The reels of the games are set against a backdrop containing a sky and a Viking ship. The images on the reels include 4 different Vikings, a Free Spin siren symbol, coins, treasure chests and a Wild symbol. The game has several special features.

The regular Free Spins feature is activated when you land 3 or more Free Spin siren symbols anywhere on the reels. If you manage to get all 5 symbols, you’ll score 21 spins. Before your round of free spins starts, you will also be awarded with a random bonus pick feature. This could give you 3 extra spins, a starting wild, a starting wild reel, 5 treasure chests or 5 golden treasure chests. Depending on the treasure chest you get, you may be awarded a cash prize, a wild reel, 4 extra spins or access to the game’s main event – the Ragnarok Free Spins feature.

Any Wild symbols that result during the regular Free Spins feature will remain sticky until it’s over.  Plus, during the feature, if Vikings should land on the reels, they will attempt to fight a sea monster. If they win, the Vikings will turn wild and will stick around for the rest of your spins.

What really makes this slot interesting is the Rage Meter. Each of the 4 Vikings is linked to a rage meter. Whenever a Viking symbol is part of a win, their rage meter increases. Once it is filled, a Free Spin feature is activated with this rage-filled Viking in Berzerk mode. This symbol will always defeat the sea create and turn wild. As an added bonus, the first time you play the game, you’ll get the Welcome Rage feature, which fills the rage meter to more than 50%!

The feature you really want to trigger in this dynamic title, however, is the Ragnarok Free Spins feature. It can be triggered either by landing the Golden Treasure Chest symbol on reel 5 or in the random bonus pick feature before the regular Free Spins feature. Once activated, the Ragnarok feature will make all the Vikings berzerk, so they will always turn into wild symbols, boosting your chances of getting a wall of wilds across the 5 reels and huge payouts!