Play Planet of the Apes now

Play Planet of the Apes now 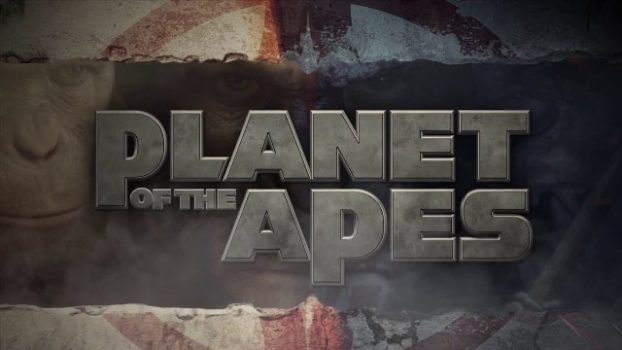 With action on two sets of reels at once, NetEnt has provided players with a clever and thrilling way to enjoy both movies simultaneously. On the reels of each set you will find the familiar faces of both the human and ape characters of the corresponding films. The Rise of the Planet of the Apes side is set against a light background while the background behind the Dawn of the Planet of the Apes is dark and foreboding.

Both sides of this game each feature 5 reels and 20 paylines. However, each reel set operates independently and awards their own prizes.

Naturally, there are plenty of special features that can be triggered as you spin the reels in this dystopian universe, including the Wild substitutions, Stacked Wilds, a Dual Symbol feature and the Rise and Dawn Free Spins and Bonus features. The wilds in this game are particularly interesting, because if a stacked wild covers the entire reel on the Rise side of the reels, it will transfer over to the Dawn reel set and cover the same reel there, too. 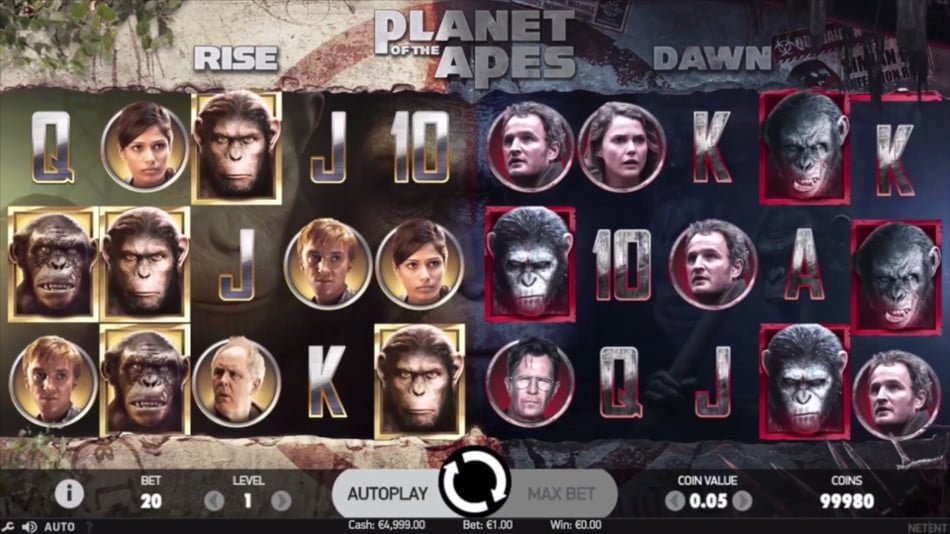 To trigger either the Rise Free Spins feature or the Dawn Free Spins feature, you will need to land 3 or more scatter symbols anywhere on the corresponding side. That said, the features are different from one another. The Rise Free Spins awards 10 spins and keeps a running tally of the number of wilds you accumulate during the feature. On the last spin, these wild wills be randomly added to the reels. On the other side, Dawn Free Spins starts with 15 spins and 3 special icons that may provide you with extra wilds on the reels, give you extra spins or boost your payout multiplier.

As for the bonus features, the Rise Bonus will be triggered when the Rise Bonus symbol lands on reel 1 in the Rise reel set. It will give you a bonus prize for every ape and human symbol that appear on the screen. For the Dawn Bonus, this is activated when the Dawn Bonus symbol lands on reel 5 in the Dawn window. During this bonus round, all ape and human symbols will turn into the same icon, which can grant you some huge wins.

Fortune favours the brave! Human or Ape: Whose side will you be on?