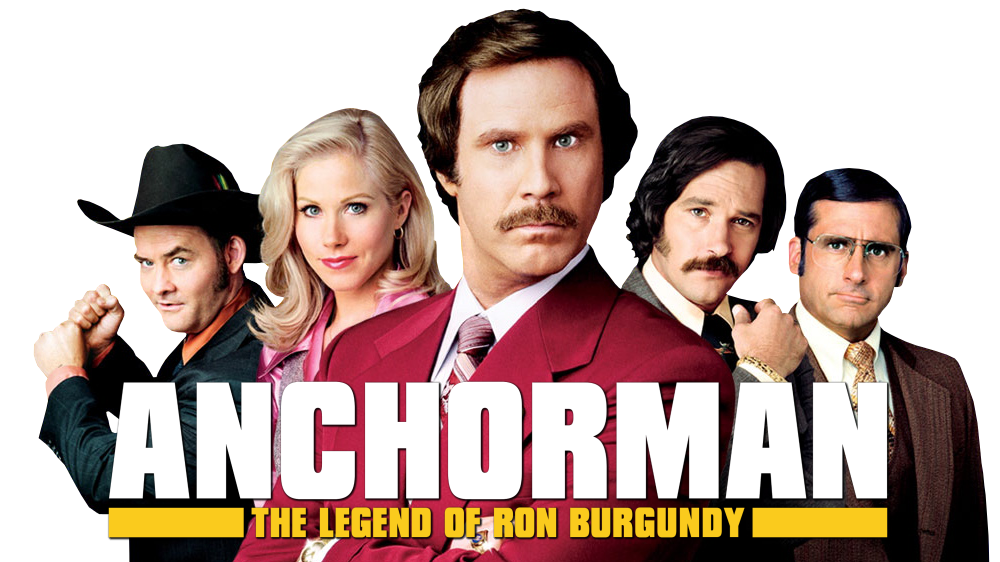 Anchorman movie fans, this one is for you! Join the San Diego Channel 4 News crew and get ready for big time winning action with all your favorite characters like Ron, Brick, Champ, Brian and Baxter! There’s lots of excitement and a Big Bonus Wheel that can award any of 4 different bonuses in this Anchorman slot.

Set in the San Diego TV station, symbols on this 5-reel and 25-payline slot include KVWN-TV vans, cowboy hats, sunglasses, whiskey tumblers, Baxter and the rest of the popular characters. Of these characters, it’s Ron who is the most valuable symbol and he’ll reward you just over 2x your stake if you land 5 Ron’s on a payline.

In addition to a Wild symbol that will substitute for all other symbols bar the Bonus and Whammy symbols, there’s also the chance to trigger Mystery Stack Reels, Ron Reels or the Baxter Wilds feature during regular gameplay. Each of these features will lead to several wild symbols on the reels, giving you loads of winning chances.

Beyond these features, you can trigger the Big Bonus feature. This occurs when the Bonus symbol appears on reels 2, 3, and 4. Once triggered, you’ll get 1 spin of the Big Bonus Reel. The reel gives you the chance to win a cash prize of up to 13.33x your stake, access to 4 extra bonus features or 1 of 3 fixed jackpots!  The highest of all these jackpots will award you a huge 1,333.33x your total stake.

As for the 4 Bonus features, they include:

Ron’s Giant Free Games – The screen will expand to 19 rows and 117 paylines, and you’ll get 6 free spins.

Sex Panther Pick – Pick 3 bottles from the 15 that are available and each pick will award you with a cash prize. You can also get a +1 Pick, giving you another pick so you have the chance to win more. You will also choose from 5 packets to obtain a multiplier between 2 and 10x, which is applied to your winnings.

Brick’s Weather Wheels – Spin the Blue Wheel to land cash prizes between 75 and 1,000x your stake. Land on a Level Up portion of the wheel and you’ll get 1 spin of the Green Wheel where you can win between 200 and 2,000x you stake. Plus, if you manage to Level Up via the Green Wheel, you’ll gain 1 spin on the Red Wheel where you can score a multiplier between 2 and 10x, which will be applied to all your wheel winnings.