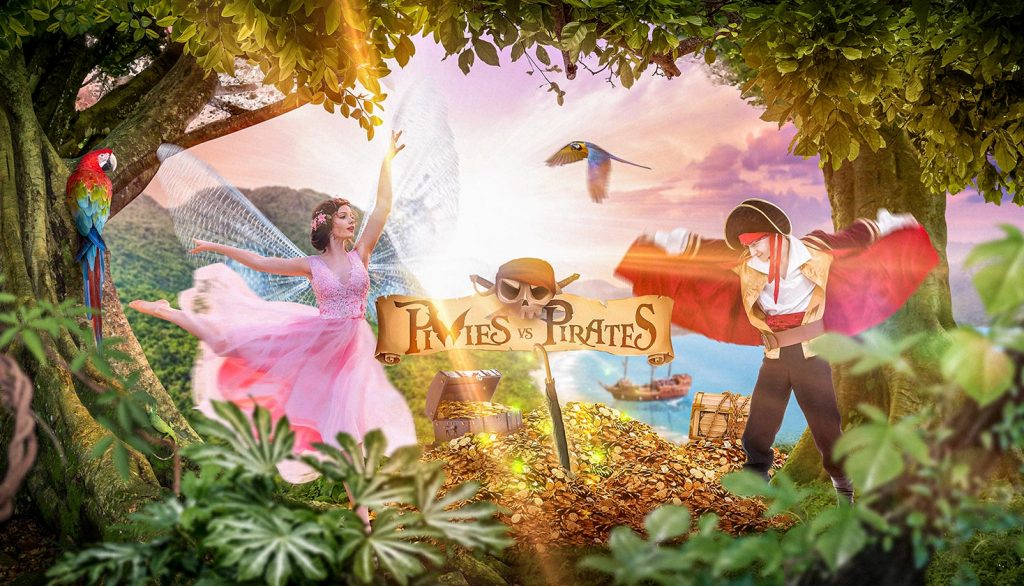 Pixies vs Pirates slot may not sound like a match created in paradise, however, this slot is not a thing to joke around with. The potential is huge and the volatility is high. NoLimit City put the reels on the centre of a pirate ship, which are apparently in conflict with some mean-appearing pixies. You will find a few interesting features at the base game, and also the all-key free spins feature.

It plays out on 6 reels, 3 rows and 726 ways to win, nonetheless, this can change if you land the Mystery elements as the reels will expand to grant you many ways to win. In the free spins feature, the reels will be completely expanded from the get-go, and you will gain advantage from 11,664 paylines and a progressive multiplier that can hit as high as 6x.

The Nudge feature ensures that each wild you land nudges to fill the entire reel, each nudge increases the multiplier. You can place stakes up to £100 for each spin across all devices and platforms, where you can win up to a whopping 11,907 times your bet. Pixies vs Pirates slot is an extremely volatile game, and you are required to be mentally prepared for that so as have fun there.

The reels are placed in the centre of a pirate ship, the high value elements is a combination of pixies and pirates (what you can anticipate from the title). You need to land between 3 and 6 matching symbols on the reels in order to win. Below is the paytable for the Pixies vs Pirates slot:

Yellow Pixie Queen – awards 3x for 6 on a payline

Pirate – awards 3x for 6 on a payline

Green Pixie – awards 2x for 6 on a payline

Female pirate – awards 2x for 6 on a payline

Pirate with knife in teeth – awards 1.5x for 6 on a payline

The game shows up with a bonus feature known as xNudge Wilds. This implies that each time you land a wild it will nudge in place to fill the entire reel. For each step the wild nudges, the multiplier will heightens by a factor of 1x. It can scale as high as 6x, if you happen to land several wild multipliers on the same payline they will multiply with each other.

There is also a Mystery element known as xWays Mystery Chest which can land on all the reels apart from the first. This Mystery element will turn into a randomly selected element, which can also expand the reels up to 6 rows that is if you land 4 at the same time. You can then play with 11,664 paylines.

There is no progressive or fixed jackpot to be won on this slot, but you can still earn some very decent payouts. The maximum win is likely to take place in the free spins feature, since you will participate with completely expanded reels and a maximum number of pay lines. The maximum win is 11,907 times your bet, that is a rock solid potential for even a highly volatile game.

Features of Pixies vs Pirates slot

In September 2019 Pixies vs Pirates slot a Video Slot production by Nolimit City hit TOP24 position in the SlotRank for the United Kingdom market.

Where to play Pixies vs Pirates slot

You can participate in Pixies vs Pirates slot for real cash at any one of the listed casinos below:

You can as well play Pixies vs Pirates slot game on both mobile and tablet. No Limit City always ensure their games run unhindered on any devices and platforms. This implies that you got the freedom to participate anywhere and anytime, as long as you have your, iPad, iPhone, or Android device at hand.

Pixies vs Pirates slot is definitely an original theme, it is not something you have witnessed before. You will really love the huge potential which comes because of the progressive multiplier. You can win smartly in the base game, but the opportunity heightens a lot in the free spins feature because of the expanded reel set. If you love high volatility, this game is absolutely a good fit you. It may be too volatile for some participants, you should also anticipate some serious dry spells in-between huge wins here.