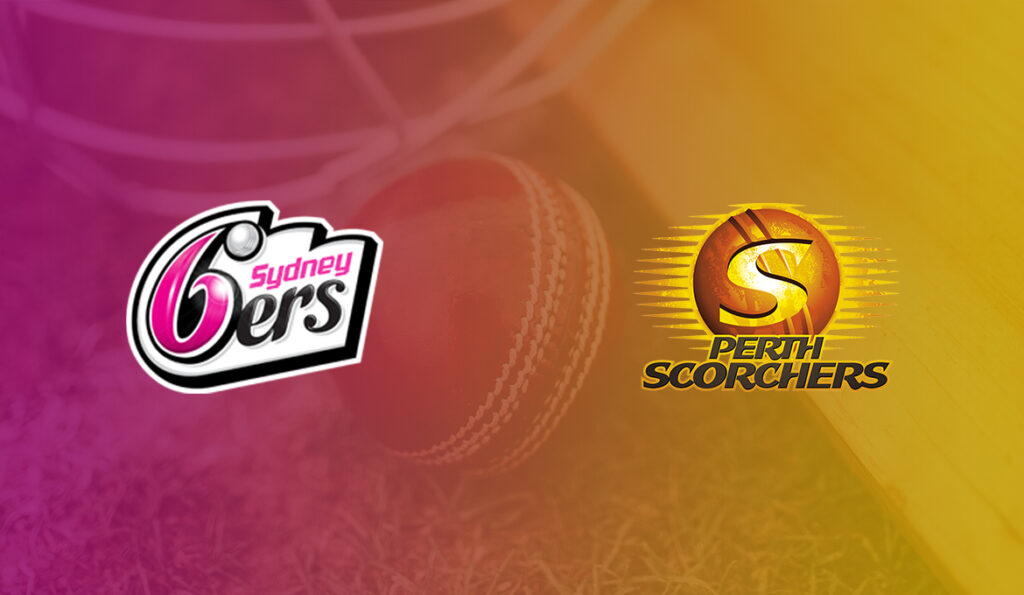 Sydney Sixers is the top-ranked team on the pint table of Big Bash League 2020-2021. They won 5 matches from 7 in the league. It has almost cleared the table to go into the next round of the company. On the next side, the Perth scorchers failed to perform but gained some momentum. In the last two matches, they did not make any mistake and claimed comprehensive wins.

If the PS succeeds in winning this contest, it would be entered into the final teams on the table. No doubt, they have picked much momentum in the last two games. Their eyes are focus on the table.

Before the start of the leagues, both teams announced their favorite. But, PS failed to maintain the performances. The match is scheduled to play on 6th January 2021.

The PS picked the potential at the right time. Its star player has started to do well with the bat and ball. The opener batsman, Jason Roy, and Livingstone posted a lot of runs. They are the main hope for the team. No doubt, some lower-order players also can hit the ball at the right place.

Ashton Turner and Mitchel marsh’s presence would be the real threat for the opposition on the bowling side. Moreover, Colin Munro and Josh Inglis can pick the wicket at the right time. The team is the hunger to post another win on the point table.

J Richardson & Andrew Tye will start to open the game with the ball. If they got some wickets in the start, then all the scenario will change.

SS bounced back very well versus the Adelaide Stickers after facing defeat by the Brisbane Heat. Now, the team official decided to exclude the all-rounders from the playing 11. They want to add the regular bowling attack now. If the management does not like to add the Holder, then the problems can rise once again. He won the match with a single hand.

The availability of Jack Ball at the death over remained very successful. But, the real worry is the lower performance of Jackson Bird.

Carlos Brathwaite and D Christian predicted instrumental players if they control themselves at the time of need.

Both sides have consisted of OK players in the teams. Unfortunately, the Sydney Sixes will not add Jason Holder into the final 11. It would be a big mistake by them. The rating of Perth Scorchers raised to $1.82. According to the last result and conditions on the play day, the PS will be the match-winner.

If we look into the teams’ odds, then the SS placed well with the $2. On the next side, the Perth Scorcher has a rating of only $1.82. Betting tips and Odd can change at any time. However, the toss also played a vital role in the last games of the big bash series. If the openers add some runs, then the final rating may change.

Sydney Sixers will win the match on 6th January, 2021. Its previous record is better versus the others. The point table also favored it.

All the viewers want to know the exact winner of the match. If we see the head to head result and the previous record, I will favor the Sydney Sixers. It is still on the top of the table ranking. Some of the players in the final squads have the nerves to face the pressure at any time. Moreover, the rating of betting is more of SS as compared to the others.