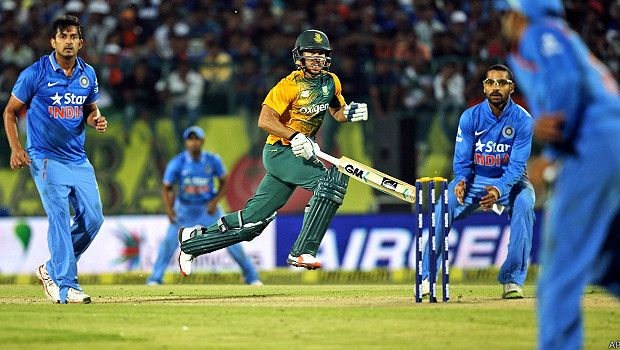 Albert Malla PepsiCo returns to India. After October cease to be title sponsor of the Indian Premier League (IPL) , First Division cricket in the country, the multinational food and beverage has reached an agreement with the Board of Control for Cricket in India (BCCI ), a national body that controls the sport, by which it becomes sponsor of all home games of the national team until 2019. financial details of the contract were not disclosed .

Under the agreement, Pepsi will be the official partner of snacks and drinks BBCI, in addition to advertising presence in the stadium and on the pitch. “PepsiCo, which has been our long – term partner, is back in the category of official associate sponsor , ” says the secretary of BBCI , Anurag Thakur . Thakur advances that the Board sponsors will sign two more this month.

For his part, the president and CEO of the company in India , D. Shivakumar , he said that “PepsiCo will now be partner of BBCI over the next four years and will be one of the sponsors of all parties”.

Bet PepsiCo for this sport is not new, since secured rights title of the IPL in November 2012 for five years, from 2013 to 2017, a rate of 64.5 million euros. However, the American company broke the contract because of the scandal of 2013 by three players in the competition rigged games to make a profit via sportsbook at the Indian Premier League.

One of the most important contracts recently closed the brand is the Champions League, a three – year agreement by which the US company will pay 40 million euros per season. “The announcement brings another level the long relationship between PepsiCo and great football. The UEFA Champions League is certainly one of the competitions most prestigious world football, and more than one billion followers who watch the games each season, this new agreement offers unprecedented opportunities for both sides , “said Ramon Laguarta, CEO of PepsiCo Europe .

Different industries like Hollywood cinematográficas- has been able to produce good movies about the sport, to the point that sport has become a specific genre of cinema. Movies that reflect the positive side of life. Film showing that it is possible to dream and make those dreams come true. Kick off viewer great emotions and the desire not to surrender.

“With your sports competitions -are words of Benedict XVI in a world championship SWIMMING-, you offer the world an attractive spectacle of discipline and humanity, artistic beauty and tenacious will. All this is an important life lesson. “

Lessons of teamwork and what it means to be a sports family, is what presents ” The boy million dollars ” ( Craig Gillespie , 2014). In 2008, JB Bernstein , sports agent in crisis traveling to India to organize a “reality”: “The Million Dollar Arm”. The goal is to get the best pitchers of cricket. Find two boys throwing balls with extraordinary skill and speed. It focuses on the adaptation of young Indians to American society, vindicating human and sporting values over commercial interests.