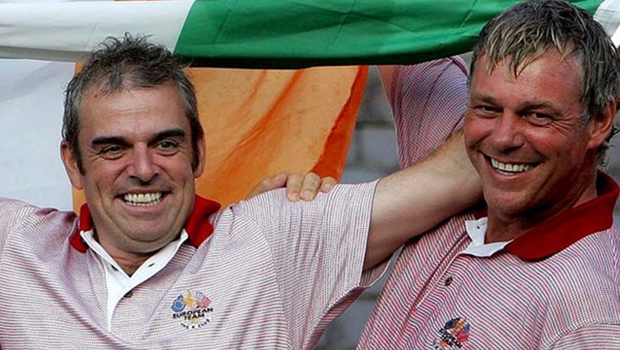 The Northern Ireland golf federation and players as well as the whole world’s golf fans are expecting Paul McGinley to make his decision whether Clarke will be the captain of Northern Ireland in the upcoming Ryder Cup in 2016. After withdrawing from the captaincy place in the 2014, Darren Clarke is in doubt whether he will represent his country or just be vice-captain as he is used to be. Despite the fact that he is not the strongest player in the Northern Ireland squad, ne is the favorite player among the others for the captaincy title because of his charisma and his leader skills.

Even though Rory McIlroy is the greatest player of Northern Ireland of all times, and is currently the No.1 golf player on the ATP world ranking list, he is not considered to wear the captain’s badge at the upcoming Ryder cup in 2016.

Many forums present the question to Paul McGinley as whether Darren Clarke would be a good captain for the upcoming Ryder Cup 2016 and Paul answered that he has no idea, he can just express opinions and look for facts that already happened.

Miguel Angel Jimanez and Thomas Bjorn are expected to be called up for the Hazeltine cup after skipping the 2015 Ryder Cup, but participated in the 2014 victory of the Northern Ireland.

Darren Clarke has been twice the vice-captain in the Ryder Cup in 2010 and 2012 and both times he won the cup with his country. He managed to win eight out of nine four balls outgoings and he has an overall record of 10-7-3 (W-L-H), all in 20 matches from 1997 to 2006. His experience in the Cup is the best that Northern Ireland’s team can offer at this moment, and it’s no surprise that he is the favorite person to receive the captain’s badve for the 2016 Ryder Cup.

Along with Darren Clarke, there are two more options in Jose Maria Olazbal and Colin Montgomerie being the captain in the Ruder Cup 2016. But McGinley is less likely to choose one of those two players having Clarke at his side.

Paul said that he and his team are still in communications who to give the cup badge to. It’s a hard decision not for the player, but for Clarke’s attitude and how he will react to it. It’s more important whether he could power up Northern Ireland into victory or use his badge to have negative affect on the players. That’s what natters and that’s why Paul and his team mates are still in talks with Darren Clarke.