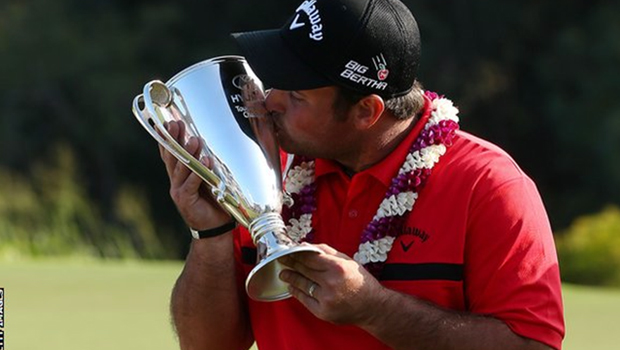 It is a tournament that is known to be a work up tournament for the major golf grand slams to come, and it is one of the first tournaments in the year that are played by some of the better golf players, despite the fact that none of the top five golf players were here. It is the Tournament of Champions play offs that are held in Hawaii that we are talking about and the same tournament that dragged some more attention than expected, and way more than last year. There was outstanding play from Patrick Reed and his international play mate Jimmy Walker as they both performed a really good show trying to battle one another, where Jimmy had the advantage for most of the time in the match, but Patrick Reed patiently waited for his chance and at the end turner over the lead in his advantage and won the match.

The favorite player on this tournament, and the only one that is in the top five that plays it is Bubba Watson, who is on the fourth place on the ATP world tour ranking list has failed to impress the huge crowd that came just for him, and the people that were cheering his name, finishing six shots behind the leader Patrick Reed. Bubba Watson has had some troubles in recent years as he failed to maintain his game, and after few crises he attended every possible tournament in order to get his game back. He was the only one who is in the top five and attended the Tournament of Champions play off in Hawaii in the last five years. He was attending it even before that but wasn’t ranked that high. Bubba Watson managed to get back in the game last year winning the masters tournament and grabbing some morale and motivation from that win.

Congratulations to Patrick Reed on his trophy and we hope that he will see more of those in the future.

Jackpot bet online is an online sports and gambling site where you can find the latest news and information as well as place a bet on the betting application that is on the site, and you can win the jackpot as well as any of the other cool prices that are there along with it.