Posted on January 12, 2015 by Admin in Cricket, Pakistani Politician 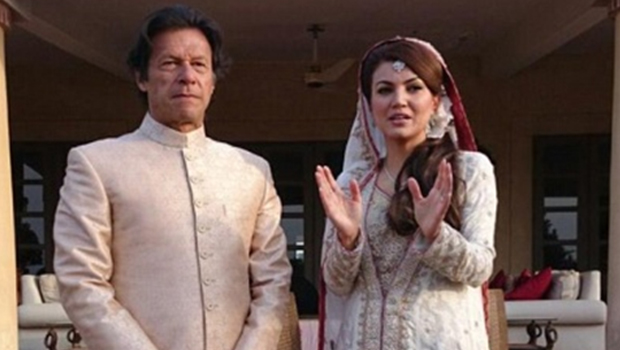 Imran khan is a Pakistani politician and former cricket superstar. He has tied the knot with a BBC journalist on Thursday. By doing this, he has ended speculations which have been running for weeks on whether the bachelor would marry for the second time.

Khan has married Reham Khan who is a former BBC weather reporter who is now a host at a Pakistani media house.

Those who witnessed the wedding said that only close friends and relatives were in attendance at the wedding. The wedding took place at Imran Khan’s home in Islamabad.

Previously, Khan was married to a British socialite Jemima Goldsmith and with her bore two sons. Reham Khan is 41 years old and brings to the marriage three kids from a previous one. You might be wondering whether the two love birds are related but they are not. Imran Khan has openly sent criticisms to the government of Pakistani especially to the Prime Minister Nawaz Sharif.

In 2014, supporters of Khan and another politician in the opposition fiery cleric Tahir-ul-Qadri protested calling for Mr. Sharif to resign. This was due to the alleged rigging of the 2013 elections that had made him rise to power.

A spokesman to Khan said that they did not to have a big celebration due to the Peshawar school massacre. This was among the greatest news to Pakistanis and a day after the wedding the couple would go all-over Pakistan distributing food to the poor and needy.

According to Imran’s sister (Aleema) sher confirmed that they were not in attendance and that they never got an invitation to the wedding.