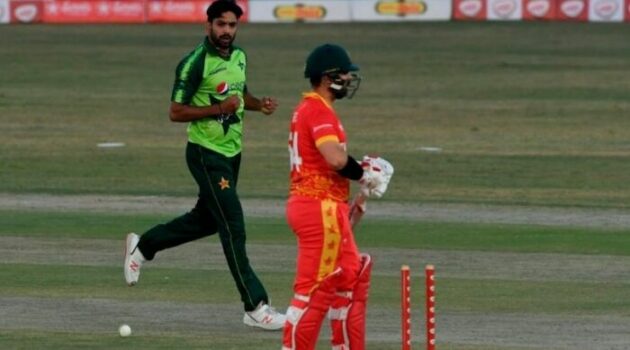 The 2nd game between Pakistan and Zimbabwe is scheduled to be on 23rd April 2021. The series has consisted of 3 games of shot formate. Pakistan team succeeded in overcoming in the 1st game. Now, the time is to change something other than the past. Everyone knows the power of the Pakistan cricket team in the 20 overs game. On the other hand, it will not be easy to defeat Pakistan because of having a flat side in all departments. Let’s start with the review of teams and players.

In the opening game of Pakistan vs Zimbabwe, Pakistan decided to bat first, but all the teams failed to score instead of Rizwan. He stayed on the crease for maximum time to make the 82 very precious runs. His innings played a vital role in the complete game. If he failed to perform, then we can say that the result of the game would change. In the last over of Pakistan innings, Babar Azam posted 20 runs to increase the score to 149. One of the best news is that in the last 24 balls, Pakistan raided the total too much. Let’s checked the detail of the Zimbabwean team.

No doubt, all the bowlers and fielders on the home side did well in all the game departments. The match was in control till the 16th over Pakistan batting innings, then everything changed by the Pakistan wicketkeeper-batsman. After that, they failed to maintain the complete balance in the game. That is the reason to lose the game at the of the day. They must have some more information about the faults of a team. On the other hand, the top order of ZIM always depressed the viewers to do faults again and again. Here are the tips to win the game.

Check all the latest results of teams and head to head also. According to the information, I have never seen that Zimbabwe defeated Pakistan in a short format of cricket. However, it does not mean that Pakistan will win again in the other game.

There are no two opinions about the game-winner because of having a good record by the Pakistan team. If you want to know about my views, then Pakistan will win the game without any problem. They handled the pressure in the 1st game of the series.

Have you seen all the above detail? If you have done it, then it is not a big deal to announce the day’s winner. Pakistan will easily win the 2nd game on the same ground. Sean Williams, B Taylor, and Burl are the only players on the opposition side to leave more noticeable results. Otherwise, Pakistan is ready to post a big total on the board. If you still have any issue with the result, you may go to any other spot for more accurate detail. But, you will waste time in these kinds of activities.