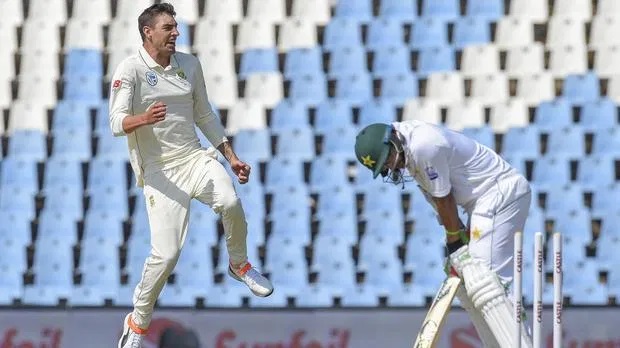 Pakistan and South Africa are going to face each other on 26th January 2021. The match has more importance for Pakistan because of the long delay of test cricket in Pakistan. Everyone is excited to see the cricket after 12 years at Karachi. No doubt, the team of South Africa is more substantial than Pakistan. They beat the Sri Lankan side in 2 test matches just before this series. On the other hand, their bowling attack is more potent versus Pakistan.

If we look into Pakistan’s side, then the green teams failed to give any notable performances versus New Zealand in the last matches. It was the worst performance of Pakistan, which is away from home. But, Pakistan will have some edge of home grounds. Fawad Alam remained the only prominent player in Pakistan, and he posted 100 runs at a pressure time. However, they failed in overcoming the opposition side to draw or win the match.

South Africa has won the last 2 test matches at home. On the other hand, they claimed an excellent position on the ICC test championship table. On the next side, Pakistan did win any series from the last three ones. But, they can bounce back in this home test series.

The prediction or betting odd is always made based on the latest wins or number of losses of the two sides. According to experts and Unibet official teams’ views, the SA side will win all the matches very quickly. There is not much difference in the condition of the pitch and ground between South Africa and Pakistan.

No one can forget South African’s player, Faf Duplises, who posted 199 runs in the 2nd last match. But, the openers also played well in the recent games. Markram, Nigidi, and other bowlers have tried their best in the home series versus Sri Lanka.

Pakistan’s top order failed to post some runs in the series. But, Azhar Ali, Babar Azam, and Fawad Alam are hopeful of making a run in the series. Everyone knows that Babar Azam is the number one test players in the world. The Pakistan team’s bowling department has consisted of Shaheen Shah, Nasim Shah, and Yasir Shah.

The Statistical detail and head to head result showed that south Africa always remains successful versus the Pakistan side. Now, they will like to put more pressure on the Pakistani side. Both the department of South Africa has strong lineup. According to my prediction and views, South Africa will be the winner of the match.

All the above information has been posted after knowing the complete bio-data of players and the teams. The viewers now know about cricket; they will take the side of the South African team. If we check the latest record of the contenders, you will also ensure the real result. I tried my best to leave a good description for you. If you still have any issue with the result, you may go to the betting and odds official site.