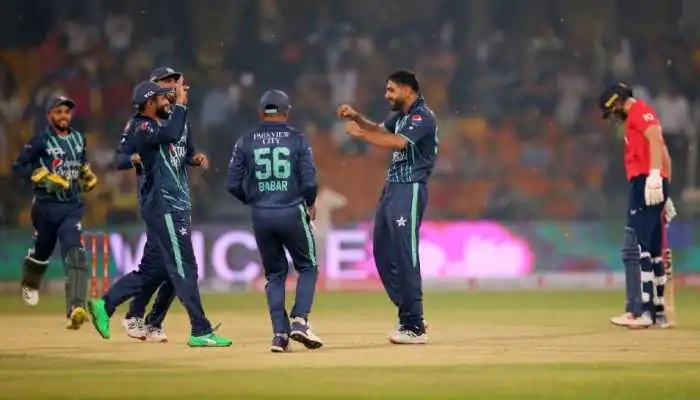 You have seen once again a miracle in the last game of the series. England did not hold its nerve at the final time of the game, that is the reason they failed in the game. Pakistan created a lot of pressure on England in this game. The betting review has consisted of the latest performance, head-to-head, squads, odds, tips, predictions, individual performance, expected results, and much more for you. After reading all detail, you will be able to make predictions.

The last match was played in Lahore. Both sides did well to win the game. However, the last over remained a vital change between the two teams. Pakistan won the toss and decided to bat first. All the players went back to the pavilion without showing a smart performance. Muhammad Rizwan was the only best player who stayed on the crease for maximum time. That is the reason, Pakistan succeeded to make 145 runs in the given overs. Iftikhar Ahmad was the other best player who added 15 runs for the team.

At the start of the innings, it looked that England will chase the target without any issue. However, the wickets of England were falling at regular intervals. England faced a lot of pressure at the start of the game. However, David Malan and Moeen Ali proved well in the middle of the innings. Malan scored 35 crucial runs from the top. However, no player stayed on the crease to create pressure. The small total was looking very high in the game.

I have seen that Moeen Ali took the responsibility to chase the score with Sam Curren but failed in the end. In the last 2 overs, England needed 28 runs. Moeen Ali blasted one four and one six in the 19th over of Haris Rauf. the debutante, Amir Jamal remained the difference in the last over of the game. He has to defend 15 runs in just 6 balls. Moeen Ali posted a six-over long on in the 2nd ball of overs. It showed that England will chase the score in this over. However, Amir Jamal changed the pace of balls in the next 3 balls. All the efforts of Moeen Ali went in vain. So, Pakistan succeeded to win the game by 5 runs. It was a tremendous win by Pakistan. On the other hand, no one has defended 5 runs in the last overs of the game.

In this series, both sides played 5 games so far, and Pakistan took the led of 3-2 in all games. In the last 2 games, Pakistan looked well as compared to other games.

Pakistan has a 65% chance to win the game. On the other side, England also gained 35% chances to carry the day. Let’s see what is going to happen in this match. I made these predictions on the behalf of past facts and figures.

After getting all the information above, it is cleared that Pakistan has maximum chances to win the game. We are not responsible for any kind of loss in betting. Our purpose is to create data and analyse for you assistance.