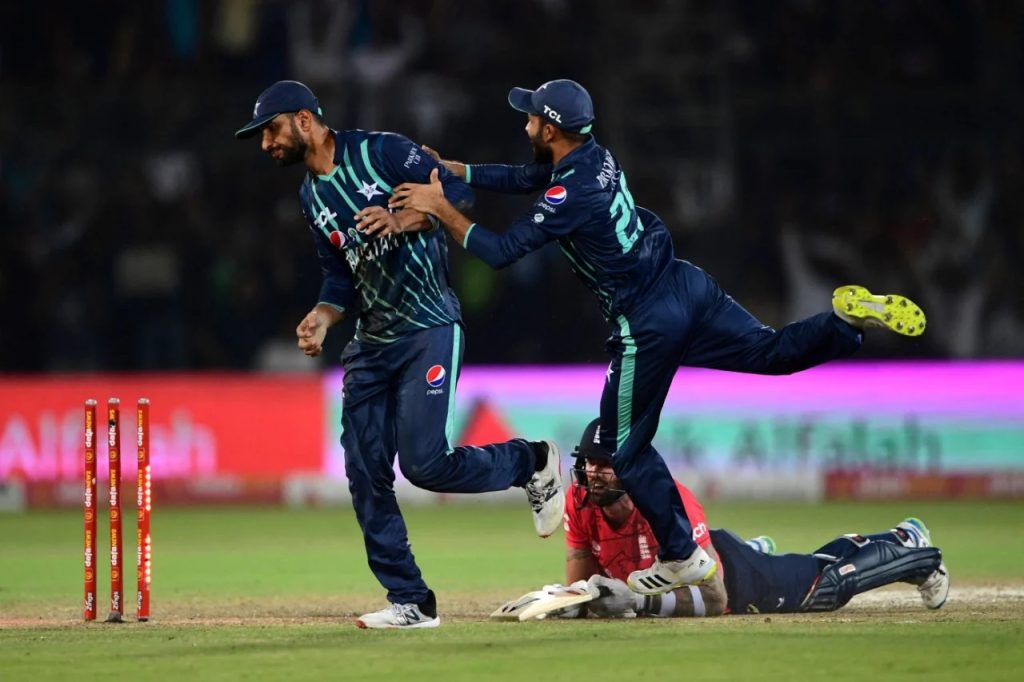 Both sides played 4 games before it. It is the 5th and most important game of the series. In the last four games, both sides proved well. In the first game, England rattled all the preparation of Pakistan. Whereas, in the 2nd game, Pakistan bounced back well to level the series. The betting review has consisted of the latest performance, head-to-head, squads, odds, tips, and predictions, after getting all information, you will be able to make predictions.

England and Pakistan decided to play 7 games before the start of the ICC T20 World Cup, 2022. So, this series is managed by two teams. The first 4 games were played in the national stadium in Karachi. We have seen such a great crowd in all the games. At the start of the series, England won the 1st game by a heavy margin. However, in the2nd games, Pakistan won the game by 10 wickets. It created a lot of pressure on the England side.

However, Pakistan failed to take advantage in the next game. England also trashed Pakistan in the 3rd game of the series. They took the 2-1 lead in 7 games. However, Pakistan proved a dangerous side once again in the 4th game.

England won the toss and decided to do field first. Pakistan posted 166 runs in 20 overs. It was not a big total versus England. Muhammad Rizwan made 88 runs, whereas, the skipper also posted 36 runs. The lower order also added some crucial runs to increase the total of teams. For the loss of 5 wickets, Pakistan succeeded to make 166 runs.

While chasing, England stumbled in the middle of the game. They did not handle the pressure in the crucial stage of the game. In the last 3 overs, we have seen a drama there. Yes, Muhammad Hussnain went for 18 runs in the 18th over. However, in the last over, Haris Rauf defended 5 runs. He took 2 wickets and one player also failed to join the crease. Liam Dawson was unhappy with him. He played a wring shot at a crucial time of the game. Pakistan snatched this game in the final moments of the game.

Both sides played 4 games in this series. The series is leveled by 2-2 by two teams. No one has many advantages over the other in the 5th game of the series.

It is scheduled to play at Gaddafi Stadium Lahore. You can get all updates by keeping in touch with us. Here are the expected predictions of teams.

According to predictions, both sides have the same numbers to win. No one has any pressure over it. Let’s see what is going to happen in the next game.

After reading all information, you can make the final decision. Yes, Pakistan is just a better side after beating the same side in 4th game. They are ready to win another game. However, England can also do more than in the past. So, be ready to take risks in this game. In the end, Pakistan has maximum chances to win the game at Lahore.